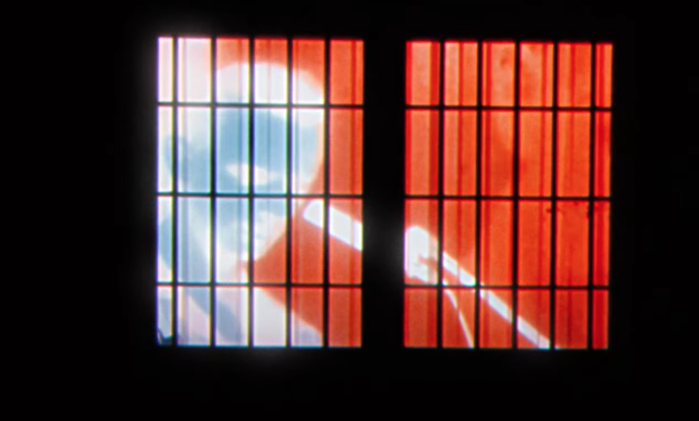 Leipzig-based project Warm Graves (the moniker of electronic composer Jonas Wehner) is  sharing the new single ‘Sound Sleeper’. Arriving following recent singles ‘Neon’ and ‘Sun Escape’, the latest is the third to be lifted from his forthcoming ‘Ease’ LP ahead of its release on February 25th via Fuzz Club Records. The new album is the long-awaited follow-up to Warm Graves’ 2014 debut ‘Ships Will Come’. This seven-year gestation between the two albums brings with it a transformation in the creative process of Warm Graves, much like the human body exchanges its cells every seven years – our human bodies being both the same and wholly other.

On ‘Sound Sleeper’ and its dark and propulsive motorik rhythms, Wehner says: “I stumbled upon an article where a young boy talks about a traumatic experience from his past for the first time and I built the lyrics for ‘Sound Sleeper’ around the terrifying images he described, looping them like a haunting mantra that just won’t stop and won’t let you get away. Repetition is the key here – it’s all vibe with this one, tunnel-vision and climaxed elements, it won’t stop – it’s endless.”

Where ‘Ships Will Come’ dealt in ethereal, dream-like atmospherics guided by an operatic choir, ‘Ease’ promises a collection of harsher, more experimental electronic works touching on dark ambient drone, austere coldwave and synthesised kosmische musik. The transitions in this new album are more violent than before, expressing the difficult personal and social upheavals of its composition period. The choir is now absent and Wehner’s own voice assumes a more central, hypnotic stance. The soundscapes of the first album make way for something darker and a concentration of melody into a single voice – a voice no longer collective, but embodying both isolation and intimacy. “For me, ‘Ease’ always comes back to the idea of transformation. In this case, from struggle to ease, choirs to whispers, rush to patience. Those 7 years didn’t pass lightly. Life took a lot of turns and I had a lot to learn. It’s all in there compressed in 9 tracks.”

Warm Graves was brought to life by Jonas Marc Anton Wehner in 2012. In the years following the release of their epic 2014 debut ‘Ships Will Come’, Warm Graves soon found themselves touring with the likes of Exploded View and Moon Duo and sharing stages with The Soft Moon, Crystal Stilts, Efterklang and Moonface, among many others. As well as headline tours around Europe of their own, they’ve also appeared at such international festivals as The Great Escape, ATP, Iceland Airwaves, Roskilde and Eindhoven Psych Lab. Having spent the last few years quietly working on ‘Ease’ in the shadows, Warm Graves is now emerging once again as both a live and recording force – and doing so with a new live band, new album and reissue of ‘Ships Will Come’ (also released via their new label Fuzz Club Records) in tow.