You are here: Home / INTERVIEW: Talking to Elliot Porter 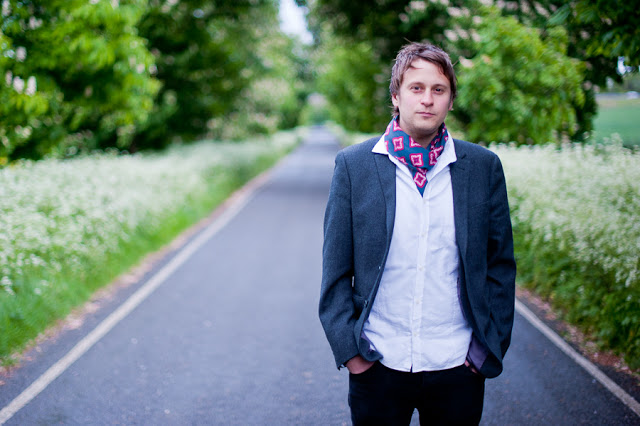 We had a great chat with Cambridge based singer songwriter Elliot Porter who told us about his musical influences and plans for the near future.

Hi Elliot, how are you? To those not familiar with you, how would you describe your sound?

I am good thank you. An earthy and melodic mix of folk and pop, think Damien Rice, Neil Young and Glen Hansard…..

What are the 5 albums that have influenced you the most?

An extremely difficult question….but I shall have a go! In no particular order:
The Beatles – Abbey Road
Damien Rice – O
Stephen Fretwell – Magpie
Ryan Adams – Gold
August and Everything After – The Counting Crows

Which other artists are you into at the moment and why?

Are there any key pieces of equipment that you are using to define your sound?
Nothing particularly equipment wise, just my ear really! I do have a particular vocal set up I go for. I like to keep everything as natural as possible, so if I’m in the studio, it has to be real instruments, warts and all. I like to keep the recordings alive.

What would you say some of the challenges artists face today in the music industry?

A whole plethora of challenges if I am honest. The internet is the biggest aide to an unsigned musician but also the biggest hindrance at times. Because the market is now over saturated, it’s harder and harder for genuinely good music to stand out and get airplay etc. Saying that, it would be almost impossible to release independently without the internet so it’s very much a double edged sword.

Funding is difficult to keep consistent. It’s very expensive to keep your career running. Album costs, transport and promotion are quite costly. Without backing, it’s often quite a slow process for musicians I know. They have so much waiting to show the world, but often their biggest hurdle is finance in order to get it out there. I found crowdfunding has been a great way for me to do this.

Finding enough places to play where live music is nurtured and appreciated can also be difficult. Venues and promoters are often obsessed with numbers and money over the quality of the music. It takes a lot of trial and error to find the right people to work with, which is why I often promote and run my own shows!

Less people buying records. Record sales have given way to streaming in the main, and while this is a great way to get your music out there, it also discourages people from buying the whole record. I find I sell more EP’s on the live circuit than I do online. Online is great for a reference point and selling individual tracks.

Getting enough people to gigs! It’s increasingly hard to get people to come to gigs, which is why I prefer house gigs and things like Sofar sounds where the musicians go to the people. It just seems to work and I think it is the future.

Social Media – it’s great fun but also a chore to keep on top of at times.

Where do you gather songwriting inspiration?

I originally only wrote from personal experience which I think gives my music it’s honest qualities but now I also try and write from other people’s perspectives.

I love immersing myself in a local community, sitting in a coffee shop or a bar in a place I’m unfamiliar with and listening to people’s stories. Real people’s lives make for the best material in my opinion and I try and tap into that as much as possible. I’ll often go away for a few days and spend time somewhere unfamiliar as it helps free the mind away from the daily grind, when writing can be more difficult.

Take us through your songwriting process. Are there any particular steps you take when put music together?
No not really. An idea will often hit me out of the blue and I’ll record it in my phone. I may also use Noel Gallagher’s fishing method at times – just sit down with a guitar and an open mind and see what comes out.

Most recently I’ve been trying writing lyrics first but that doesn’t often work so well for me.

It’s often quite unexpected and natural – that’s when the best songs are born!

What’s the best gig you have ever done and why?
Another very tricky one….I’d have to say either The Sebright Arms in London to launch my EP, the atmosphere was magical, or a house gig I did in Holland last year – that was very special.
And the worst?
Too many to name……I’ve done the circuit for a while so I’ve often played to 2 people on a Tuesday night. I wouldn’t like to name a worst one as I believe they all have some merit, but one of them was on my tour last year and it began with B……go and check out my poster on the website!
If you weren’t a musician what would you be?
Probably a writer. I studied philosophy and journalism at Uni and I always wanted to write. Now I just do it to music instead.

Do you have any particular gigs or festivals that you dream about playing?

Glastonbury (obviously), The Royal Albert Hall and Carnegie Hall in America. So much history and prestige is associated with these venues, it would be amazing to play any of them!

If you could perform alongside any other band or artist, who would it be?

Wow…again there are so many! It would probably have to be Damien Rice as I think he has been the biggest influence on me as an artist so that would be fun.

Do you have any information regarding upcoming releases, projects or gigs in the pipeline that you would like to tell us about?

Yes…. I am planning an acoustic EP release in the Autumn, and a full album next year.