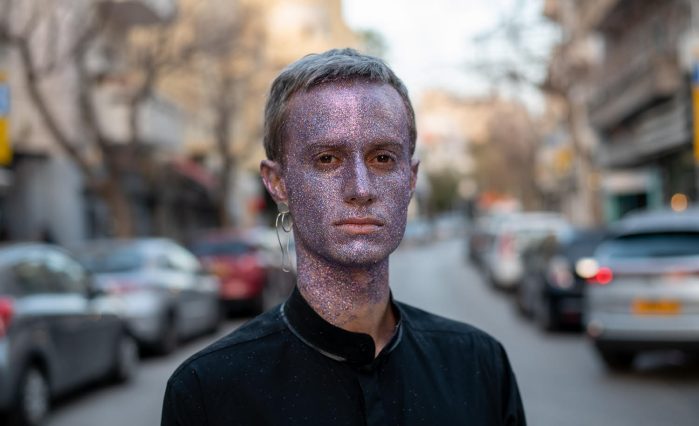 Leaving the mind lusting for more of his edgy synth-pop landscape, musician Tee Dee Dees returns with a new track – ‘Lollipops’. Released via Alaska Music, this latest offering will feature on the act’s forthcoming album 1^2=1. I know the desire to hear more from this act, leaves one fixated on what the rest of the album will sound like. Creative Ori Mark, a.k.a Tee Dee Dees launched the moniker last year with the light yet alternative gem ‘War’. ‘Slim Bears’ would follow with a bit more attitude in its attention-commanding electronics. ‘Lollipops’ takes an amplified approach from its predecessors, hence the anticipation of the upcoming album.

Previously featured on Wave Music with the ‘War (Juche Remix)’, the publication commented: “‘War (Juche Remix)’ leaves plenty of the original track, but finds new ground in a darker, moodier sound. Juche balances elements of the original against his own style and construction, mutating it by accentuating the brooding atmosphere and driving in a harder beat. The result is a rolling synthwave makeover, clearly bearing the stamp of the remixer.”

Delightfully unpredictable with his approach to each track we have heard so far, the future sounds promising for artist Tee Dee Dees – a forward-thinking and unique mind that doesn’t compromise his alternative sound for others.