You are here: Home / INTERVIEW // We Catch Up With … JayJay 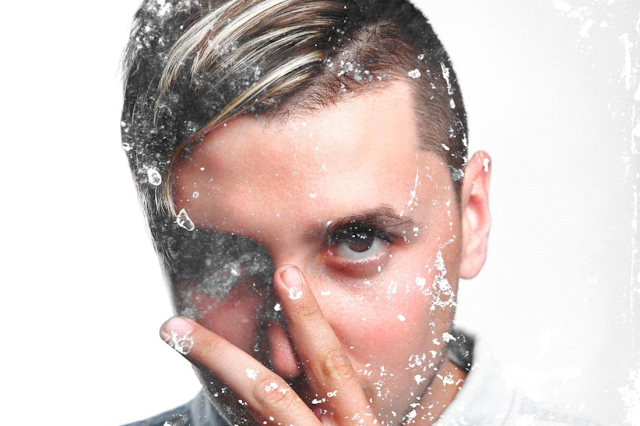 Canadian Artist Gabriel Fusco, aka JayJay is having a breakout year that every aspiring Trance DJ/Producer wishes to have. After countless hours working his production, his portfolio has exploded onto the scene.

JayJay prides himself on being different. His approach to producing has an emphasis on creating his own distinctive sound.“I want people to hear my record and know it’s me” he says.
With listener numbers over 400,000, he has already received full support from BPM Radio & local Toronto Radio Stations; Virgin Radio & Z103.5.

We caught up with Gabriel to discuss his views on the music industry, his inspiration and the way forward. Check out his interview below:

Hi there, how are you and what are you up to today?
I’m good thanks for asking!  I’m currently working on the digital marketing side of things for some upcoming releases.

To those not familiar with you, how would you describe your sound?
My sound has changed a lot within the past 4 – 5 years.  I was making bass house music a couple years ago, but now I’m going full on into trance.  Trance has played a big aspect in my life.  Growing up all I’d listen to was trance, hard style & chill-step.  So I’ve realized as I mature as an artist, I want to create music that’s more authentic to me and represents who I am as best as possible.
When coming to sound design, I focus a lot on bass lines & bass.  It’s hard to describe my overall sound, all I can say is it’s something you have to experience.

What are the 5 albums that have influenced you the most?
1) Worlds – Porter Robinson
2) Adventure – Madeon
3) Creation – Seven Lions
4) La Espanolita – Mandragora
5) The Listening – Lights

Which other artists are you into at the moment and why?
Porter Robinson is the artist I look up to the most and has had the biggest impact in my life and career.  His whole brand of surrealism and getting all his inspiration from anime and how he incorporates it is really touching.
Other artists that I’m currently into are Mandragora, Astrix, Zac Waters, Amir.  These 4 artist are very original & they’re productions are sick.

Are there any key pieces of equipment that you are using to define your sound?
Plugin wise, I love getting my bases from Serum.  Lots of processing option which is frigan amazing.  I like to also use Nexus, The Glue, Izotope Trash, Kontakt, Omnisphere.  I’ve recently been screwing around with the Virus Ti, it’s pretty good has some nice big sounding trance hits & leads.

What would you say some of the challenges artists face today in the music industry?
This is a good question.  There’s a lot of grinds that an artist has to face but I’ll talk about the big ones that I have had and still are going through.
The biggest one for me is breaking out of the local scene into the international scene.  There are many little things that add up to the success of breaking through but the main one all comes down to your music.  A lot of people make tracks that sound like everyone else.  They just grab a serum pack, grab a lead and throw it over some drums and TADA, you’ve made a song that sounds like a million other people and I’ll admit I’ve done this.

Another struggle that I have had to go through is relying way too much on other people.  The amount of emails you send out daily to managers and artists and people you know who are connected heavily in the industry, expecting them to hand you the silver platter and make you famous. Fun fact, doesn’t happen like that. Once I figured that out I started grabbing the bull by the horns and doing everything myself.

And finally the biggest one is, you can get discriminated.  I have faced loads and loads and loads of failure. To getting kicked off lineups, to not playing shows that I was suppose to play,  to getting rejected by label after label and the amount of people that never reply back.  You gotta just put it behind you and keep moving forward.  Everyday is a new day.

Then there’s the marketing side which is a whole another topic.

Where do you gather songwriting inspiration?
Most of my song inspiration comes from fantasy video games.  I’m an undercover nerd so I get a lot of ideas from MMORPGs. One thing I love about fantasy MMORPGS is the music and environment.  A simple chord that a piano can play when you’re wandering around in a vast fantasy world can inspire a whole track is crazy!

Take us through your songwriting process. Are there any particular steps you take when putting your music together?
I like to always start with “the drop” when I first open up a project because the mind is fresh, the ears are fresh and you have a nice clear mind starting on one of the most important sections of your song. From there I’ll move to the breakdowns and throughout the process of the song I’ll add the FXs & fills.  I was taught by a very smart individual that when making a track you always have to keep in mind the psychology music has on the body.  “The Lows” control the feet,  “The Mids” control the waist/hips, and “The Highs” control the upper part of the body (hands, arms, shoulders)  keep that in mind.

What’s the best gig you have ever done and why?
Opening for Shaun Frank @The Hoxton when I was making house music.  It wasn’t one of my biggest gigs, but I took a risk and played the music that I wanted to play and that was sentimental to me and it really hit me seeing everyone react to all my originals.  Craziest feeling!

And the worst?
I’ve played a lot of bad shows where I was told one thing and the complete opposite has happened due to not selling enough tickets. Too many to mention

If you weren’t a musician what would you be?
I’d love to be a Music Manager.  Helping a young artist to figure out they’re passion in music and creating a brand around that.

Do you have any particular gigs or festivals that you dream about playing?
Ultra Music Festival, Dream state & ASOT

If you could perform alongside any other band or artist, living or dead, who would it be?
Porter Robinson

Do you have any information regarding upcoming releases, projects or gigs in the pipeline that you would like to tell us about?
I have a lot coming up it’s crazy!  Some stuff I have to keep hush hush until the right time.  All I can say is I have a massive remix coming out.  And I’m working on a story EP.  Sounds weird but you’ll have to wait and see.  And Finally “You make me feel” comes out next week so stay tuned for that!