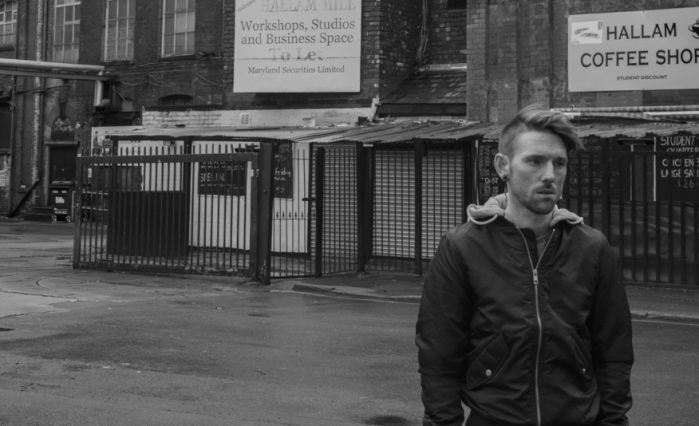 With achievements such as Best Synthwave Album 2017 by MetalSucks, voted best Dark Synth Album 2019 by Russian label Retrowave Touch, two albums that were on the US Billboard electronic sales chart last year, DEADLIFE is rising. He has just released his latest single ‘Strands Unravel’ ahead of his album City of Eternal Rain, which releases on 24 April 2020.

We find out more about classical music enthusiast in our exclusive interview with him.

Probably 1997 when I played through FF7 for the first time and instantly fell in love with Nobuo Uematsu’s music, which yes, does definitely inspire me!

I already made weird spacey music before I found synthwave, so when I stumbled across it after playing Hotline Miami I was like ahhh, this stuff kind of fits… ish.

Very unimpressive. Two KRK Rokit 6’s, a gaming PC I’ve upgraded, Ableton Live Suite 10 and a bunch of random plugins I mess around with. Some will disagree but I don’t think equipment means anything sometimes. I played drums for years on a set I’d frankensteined out of kits I’d found in garages, or just somehow acquired. The same goes for production. If you believe and put the time and effort in, you don’t need to shell out loads. Just sit down, work hard, believe and… look up stuff online haha. I taught myself everything through YouTube videos and random articles on the internet. Don’t listen to people telling you to soundproof your entire room and shell out hundreds worth on a DAW, jank it first. Jank for life. Keep doing it and eventually, you’ll get it.

Hard to pinpoint. It’s hard to mention specific things, its more just the general life I’ve had and people I’ve met, things I’ve seen. I’m very inspired by emotions, by trying to convey how I feel or what I’ve felt into music. Music is a very pure form of communicating how you feel. Some tracks I listen to do it perfectly. After all, there is no point in art if it doesn’t have heart. Gotta suffer for your art. Gotta feel the bad before you feel anything good. Contrasts of dark and light. Life and death.

Love/hate. I won’t lie, in my past I was definitely a bit of a pain online, in 99 I’d spam chat rooms on IRC because I was bored and in high school. A lot has changed since those days though. These days, it can be a complete cesspit. But there are nice people out there, communities and stuff, where people support each other. And in a world like ours, it’s nice there are people out there you can speak to, good people. You just have to find them. In a world so vastly connected, it’s insane how disconnected we really are. I watch a lot of vids and stuff, of people’s hardships, look up on what is going on in our country at the moment, it pushes me to work harder, to try my best to maybe inspire some people. To say yeah, it’s ok to be who you are. You know? It 100% inspires my art, for sure. Absolutely.

Busting my finger at an album launch whilst drumming for an old band, and spraying blood all over the stage by mistake.

I’d say the one I can name instantly is Inexedra.

God Is An Astronaut, All Is Violent All Is Bright.. great record.

Yeah, I have another single out soon, and a record that’s out very soon after. Other than that… I’m always writing or at work. I want to go live, I’m working on that at the moment. I’m also writing more songs, albums, etc.. I just write a lot, if I’m not at work I’m writing.

Stand up for yourself.