You are here: Home / Q&A with the band Matinée 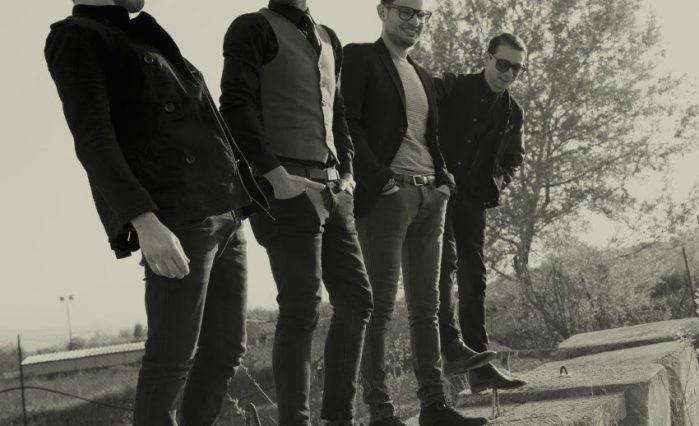 Band Matinéeis named after Scotland’s very own Franz Ferdinand’s hit song ‘The Dark Of The Matinée’ and struck up a friendship with the band after supporting them in Italy. Italy well and truly embraced the band the support gigs lead to live offers from some major venues around the country, not to mention some huge radio support from national stations at home in Italy.

Matinée were nominated for Best International Act on the Amazing Radio Awards show in 2015 and also played live at the very cool Station Sessions at Kings Cross London, as well as at many other key London venues including Death Disco (Creation Records; Alan McGee’s night), Jubilee (Carl Barat’s night) and the 100 Club.

We are all kids from the 80s. We grew up listening to Soft Cell, XTC, Japan etc. First, it was from our parents/relatives record collection and afterwards our own personal taste…

We tend to use vintage Synths from the 80/70 the likes of Juno 106 sort of sounds. We only have real synths on stage so no laptops.

Reading fiction, we are all big on movies as well.

The web is a great resource if used correctly. Great to have so much knowledge at your fingertips.

We once played a Festival in  Milan supporting the band Lumineers and it was sunset, the audience was grand. Good times…

Album out March 27th and a number of Shows in Europe