You are here: Home / Death by Piano announces the release of their debut EP ‘Countdown’ 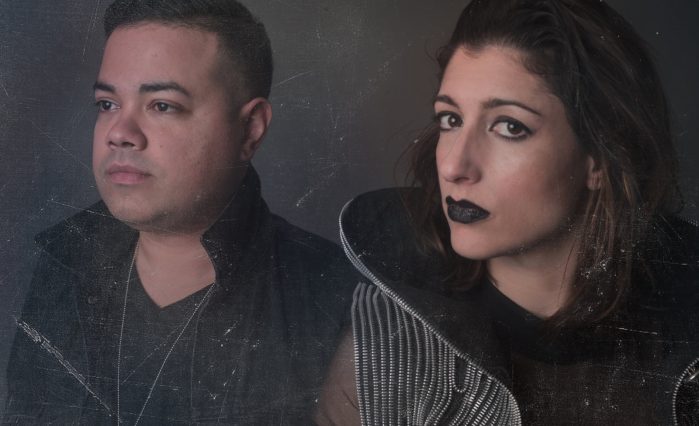 Brooklynite downtempo electronica duo DEATH BY PIANO are pleased to confirm the UK release of their Countdown EP this Autumn.

Comprising of Kalen (vox, synths) and producer/instrumentalist Greywolf, Death By Piano channel the ageless trip-hop atmospherics of Massive Attack and Portishead via the pristine Future R’nB aesthetic of their US contemporaries such as Phantogram or Polica into their immersive and invigorating darkwave sound.

Nurturing a grass-roots following on the underground of their native New York since their formation in 2017, their relentless live gigs around the city and head-turning showcase sets at Rough Trade NYC and Elsewhere have marked them out as one of the city’s most prominent emerging talents. Echoing their transient reverb-washed sounds across the pond this Summer, Death By Piano now ready their debut EP for UK release: Countdown.

5 tracks that exceptionally spotlight the duo’s arresting potential, the Countdown EP by Death By Piano is as silky in its texture as it is cerebral in its complexity.

Opener ‘Caves’ sets the tone for the EP adeptly; all crisp, clinical counterpoints and metronomic beats in a song that explores feelings of isolation and longing with its lyrics nodding to the evocative memoir ‘M Train’ by New York luminary Patti Smith.

Elsewhere, ‘Countdown’ – the first song the band ever created – floors with an awesome gravitational heft enhanced by Kalen’s sky-scraping vocal flourishes, whereas the paranoia prickled ‘Torches’ reflects on the relentless changing of times to a backdrop of flickering synths and disparate percussion.

“To me this song is about learning to see people for what they really are — even the ugly in those we love — and that we can only really change once we’ve come to grips with that” admits Kalen of the track.

There’s even a radical re-working of the Dolly Parton classic ‘Jolene’; its inclusion here illuminating the playful vision with which Death By Piano expertly extract elements of their idols past and present, and re-mould them into something new, beautiful and entirely their own.

“Part of performing a cover is finding yourself in the song.” says Greywolf of the track. “To me, this song represents good versus evil and good pleading with evil to calm the f**k down.”

Like passing grains in an hourglass, the Countdown EP fades to a close with the algorithmic tick and spacial hum of ‘Bender’, a song about “warping your reality into fantasy as a form of escape” that makes for a breathtaking finale.

The Countdown EP was produced by DBP themselves, with 3 tracks co-produced with a friend and frequent collaborator Jamal (No Surrender), with the EP further mixed by Michael MacAllister & Abe Seiferth.