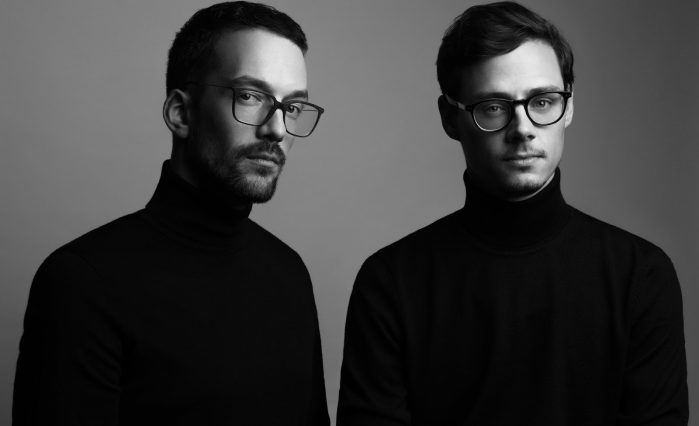 German synth-duo Felsmann +Tiley have just shared the brand new video for their mesmerising piece of synth music, ‘October’, taken from the pair’s upcoming debut album, Tempora, slated for release 6th December via their very own imprint Rare Ware Co. Filmmaker Nicole Tsin teamed up with Felsmann + Tiley for the ‘October’ music video and has managed to visually capture the delicate mood of introspection that the two talented musicians have created.

Felsmann + Tiley is made up of German-born composers Patrick Tiley and Dominik Felsmann, two musicians with a mutual passion for film scores, contemporary piano compositions and innovative electronic music. However, the two critique that, “film scores often do not stand up on their own when removed from their visual experience, classical music sticks to its centuries old instrumentation and electronic music is largely dominated by kick drums and percussions”.

That’s where they come in. Felsmann + Tiley’s music is somewhat of a response to this, as the pair have managed to create exceptional pieces of music, just using synthesizers as instruments.

In the new music video for ‘October’ the poignant mood of the track is taken to the next level. What’s wonderful is how simple yet emotional the footage is. The visuals show us an old man journeying through a series of different scenes – a seemingly never-ending tunnel, an embrace with his wife, the man sitting in a deckchair, staring out blankly – all simultaneously raw and surreal…