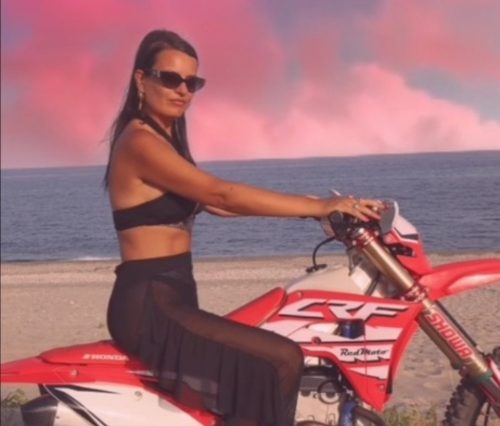 With certain poets and on certain occasions,

thought and word are identical.

tried to do the same with emotion and sound.

all come together to develop a story that comes to life through songs:

a smouldering and sultry 7-track mini-LP crosses the boundaries of synth-pop, indie dance and RnB, on October 14th via her own label Okay Nature.

The project was written, recorded and mixed entirely by her.

Each vinyl is accompanied by incense made in collaboration with System Olympia and Gayarama, a travelling brand founded by two sisters Chiara Dolma and Gaya. Each box contains 20 x 30-minute ropes for a total burn time of 10hrs. Handmade in the Himalayan mountains from the organic plant material and packaged in a reusable and recyclable box. It is the perfect accompaniment to System Olympia’s dazzling soundscape

is From The Sun.