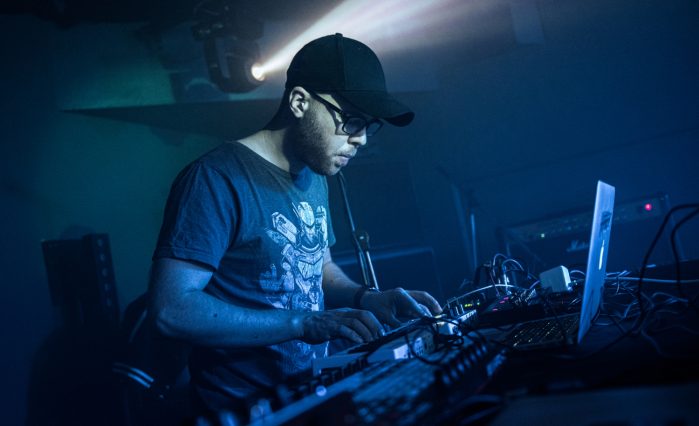 Leaving us thinking we are drifting amongst the stars with his latest single ‘Friends Again’ via his own imprint, Waveshaper continues to penetrate the mind with feel-good synthwave arrangements. This track has that nostalgia factor like its title clearly displays, leaving you to think back to days spent with old friends or a loved one that you are unable to connect with right now. After listening to this track one feels a deeper appreciation for the relationships and connections they have right now for sure. This track is the first taste for Waveshaper’s upcoming album release Mainframe, which is set for official release on the 17th of September.

We chatted with the emotionally rich music producer Waveshaper below.

There are many of those moments. One that comes to my mind is probably a scene in Ghostbusters when they walk towards the zuul building and the track ‘Magic’ is playing. Really cool scene.

I sort of did this kind of music for myself before it became a genre. In the early 2000s, I did covers of The Terminator & Running man themes. I thought no one would be interested in listening to this but I had wrong :). I started the project in 2013 after I found out about a couple of artists that were doing this really good.

What made you decide to unveil ‘Friends Again’ as the first single from your upcoming LP?

It represents pretty much what to expect from the new album. New directions and ideas.

In a world of rapid digitalization I find it quite nice to be outside, we have a small old cabin without electricity where it is a very relaxing place to be.

I still remember the 1997 age of 56k dial-up modems. Things have changed quite a lot since then. The best thing about the internet for me is that I can find new friends that make music like me & also create a long term relationship.

The Release Party for Furi at Moulin Rouge in Paris.

I recently remixed KLOUD and I really like his music and style.

This forthcoming album will be your first full-length release since 2019, what led you to announce a new album release for this year?

From the beginning, I wasn´t actually targeting an album release. It started out as an EP but I hit a creative button so I decided to grab on to that inspiration and completed an album.

Remixes, music for a sci-fi documentary.