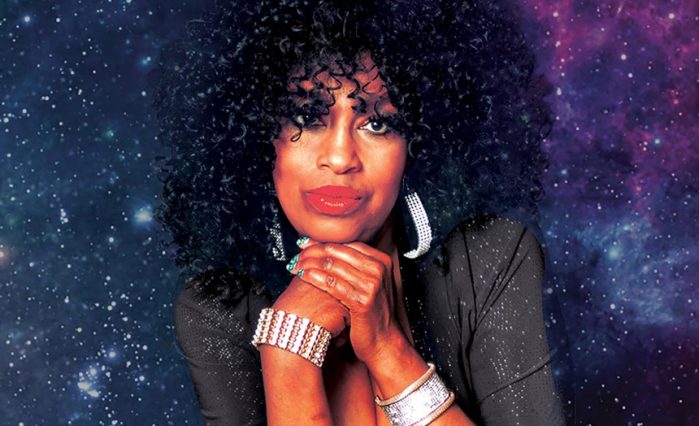 Celebrating 40 years in the music industry, legendary disco and RnB singer Wardell Piper marks the occasion with her latest single, ‘Distant Star’. The track will be available on Friday 13 December. Working alongside producer Keath Lowry, the two have created a synth-pop infused track that takes enough inspiration from dance music and R&B to create the next 80’s themed dance floor classic.

Piper takes the occasion to focus on a more serious side of music and life, highlighting the importance of “unconditional love in a relationship.” These soulful lyrics meeting the adult contemporary style of production, along with the experience of four decades in the industry, we knew Wardell Piper would have some unique views that we would like to hear.

We sat down for an exclusive interview with Wardell Piper, keen to learn more about herself, her illustrious career and what she has learnt along the way.

As the decade draws to a close, how are you reflecting on 2019? And the last 10 years in general?

I’m reflecting on 2019, as a milestone year recording-wise. ‘Be Sure’, and ‘Distant Star’ have opened new doors for me, unlike anything I couldn’t have ever imagined. It feels amazing to have a record label and be a part of a team, with Troy Daniel and Keath Lowry…the last ten years plus, have prepared me for this moment in time.

Looking back, what were some of your earliest entries into music appreciation? And music creation?

My earliest entries in creation were my first album entitled Wardell Piper on Midsong Records—that’s where I first became the artist known for disco-funk, disco R&B. Music appreciation for me started at the age of five, singing gospel in the church with my siblings Dee, Charlita, and Glenn. Our mother Lois, taught us how to harmonize and present ourselves to the congregation, which was my first audience. I absolutely loved the responses we received, and truly embraced the idea of performing from that experience.

Your latest single, ‘Distant Star’, sounds like a love song from the future yet it doesn’t lose sight of your roots in disco and early R&B. What was the inspiration and vision for this particular song?

Thank you for the comment about ‘Distant Star’. It was presented to both Troy and I when we first met with Keath, who produced and wrote it with his team. As a matter of fact, it was the first song I recorded. I loved the song from the first time I heard it, and together Troy, Keath and I put our creative strategies together, and Keath brilliantly merged the vintage sound of disco, with a new twist and beat.

The sound of disco, funk, soul and so much of what emerged from the 1970s has such a timeless appeal. Why do you think this is?

The sound of disco, funk, and soul from the 70’s sustains itself, I feel, mainly because it’s authentic. Like the blues, jazz, R&B, it’s deeply rooted in gospel and ethnic culture.

The music industry has changed drastically in the time that you have been a part of it. What changes have been the most significant to you?

The changes most significant to me, would be how disco evolved into dance, freestyle, house, electronica, techno, and now EDM, as well as other dance subcategories in between. During my tenure, classic disco was pretty much the only category, that seemed to get all mainstream attention, even though there were many other subcategories of disco at the time. Some of this, at least in the U.S. was due to the record companies and radio not really understanding how to categorize some of the disco music. That’s where the Dj’s and clubs came in, and helped to determine which records and artists should be considered. The Dj’s would report to the record pools, and record stores. So much has changed, now that technology has taken over.

Are you happy with the progress being made in the music industry with regards to diversity or do you think there is still a lot more work to be done?

Well, of course, you know my career initially was the old school model of the recording industry, however, it’s pretty amazing that now we can do so much online, like these interviews, recordings, etc. It can be a little intimidating and challenging, but I’ve always loved a challenge. I look forward to seeing and experiencing what technology brings future wise.

You have achieved so much in music already, what keeps you motivated?

Thank You. What keeps me motivated is, I’m young at heart (lol) and I love what I do.

Breakdown the news for us: what do you have in store for 2020?

We will be releasing my next single ‘Legendary’, which is an upbeat dance tune, that I’m really excited about. I also will be celebrating my 40th Year Plus Celebration as a Recording artist with festivities. My new cd, which will include all songs released since 2019 as well as all-new songs is also planned.

Any final words of wisdom?

The only thing I can say, as far as words of wisdom…when opportunities are presented, you never know where it may lead. No matter how long it takes, never feel like whatever you’ve had to do in the interim, is ever in vain- someway, somehow, things have a way of coming around full circle.