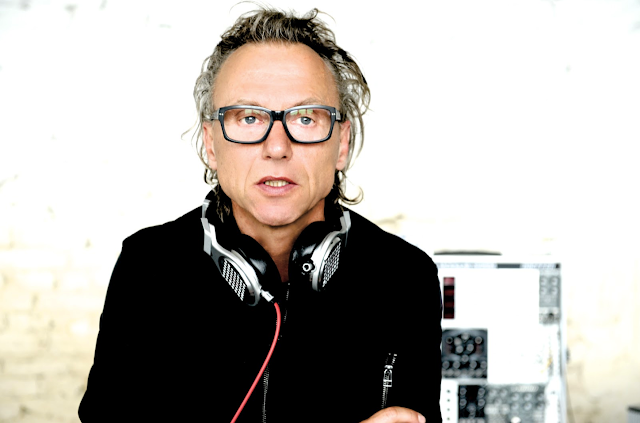 Berlin-based electronic artist NHOAH shares latest remix EP, ‘120 Red Skies zu Remixen’ on 23rd February via R.O.T respectortolerate Records, featuring remixes by Pixelord, Mieko Suzuki and Peter Zirbs, as well another version of the original recorded in French. This follows the success of ‘Abstellgleis zu Remixen’ containing breathtaking remixes by UK acid-house architects 808 State and London-based IDM pioneer µ-Ziq, NHOAH shows no sign of slowing down. “Abstellgleis zu Remixen” has since received support from respectable publications such as Resident Advisor, PopMatters, BBC Radio 6 Music’s Nemone as well as being included in The Quietus’ Albums Of The Month.
Alexey Devyanin aka Pixelord is a cyber-futurism experimental electronic artist currently based in Russia. Among integrating an array of different genres and emotions into his music such as Future Bass, Grime, Footwork and Garage, Pixelord has garnered over 1.5 million plays between Soundcloud and YouTube, and has received substantial support from tastemaker publications such as Vice’s THUMP, Mixmag, Pitchfork, Clash Mag, Exclaim!, XLR8R, Nest HQ and Data Transmission. Influenced by like-minded artists, Aphex Twin, The Tuss, Mike Slott, and Faulty DL, Pixelord also holds an award for Best Electronic Music Project in Moscow 2015, awarded by 16 Tonns club, and has been making waves across his hometown by performing at the first ever Boiler Room session hosted in Russia.
Berlin-based Mieko Suzuki is a Japanese DJ, producer and sound artist. Her experimental DJ sets weave together elements of deep-house or tech-house, atmospheric textures and compressed beats to encapsulate her heavily-processed, effect-drenched material in real time. Utilizing feedback loops, field recordings, and many other sounds during live sets. Mieko has also received support from Vice’s music channel Noisey on her music and performance pieces.
Multi-instrumentalist and electronic producer Peter Zirbs has been an important part of the Viennese rave and techno scene since the ‘90s; releasing music under various pseudonyms, composing scores to a range of experimental films, as well as producing and remixing for various artists, including his internationally-acclaimed experimental remix for the British avant-garde composer Christopher James Chaplin.
NHOAH, a skilled producer, engineer and drummer in his own right, boasts a back catalogue which includes work alongside the producers of The Eurythmics, Depeche Mode, and Bronski Beat’s Larry Steinbachek. His previous album Tangowerk was nominated for the German Record Critics’ Award Preis der deutschen Schallplattenkritik. His extensive list of achievements includes work with Jayne County and Romy Haag, arranging and composing for David Hasselhoff, as well as contributing to material by contemporary French rock-star M. His own band Peacock Palace, whose song ‘Like A Snake’ sold more than 2 million copies, was the first German band to have their video on heavy rotation on MTV London. Alongside this, his work writing and producing for German pop-rock band MIA, earned him several Gold awards.
In NHOAH’s original mix of ‘120 Red Skies’, Berlin’s resonance is seemingly echoic. The track, lifted from NHOAH’s dazzling upcoming LP West-Berlin, reverberates juxtaposed ideas within the album, both experimental in places yet mechanical in others. Pixelord’s remix of ‘120 Red Skies’ is an atmospheric escape from bustling cityscapes and winter’s numbing clasp; complete with concrete percussion, a brilliant aura of kaleidoscopic synthesizer bliss, and distanced, yet lingering vocal samples producing a hypnotic, undulating effect. NHOAH’s own Ohweh remix is an club-ready response to the original track’s complex nature, almost double in length, this version features wispy electronics, cascading arpeggios and vibrant beats. Peter Zirbs takes it to another level – this energy-fueled remix is sure to move bodies – it’s backed with energetic beats and immersive drive. The experimental take on the original produced by Mieko Suzuki is a pulsating, lucid dream; swelling synths and pounding bass drums sit atop blistering ambience and thrilling soundscapes. Also included in this package is French version of ‘120 Red Skies’.
Pixelord says about his input on ‘120 Red Skies’, “When remixing a track that I like it’s really challenging not to make it worse, but make it ‘pixelorded’, like a different vision on the same idea and mood. This time I think i got the right thing with this remix, I found exactly what I wanted, it’s like a part 2 or some sort of the tune story goes on in a different genre. Anyway, I like it’s lyrical vocals and I hope people will get some chills listening to both remix and original”.
‘120 Red Skies’ Tracklist
1. 120 Red Skies (Original Mix)
2. 120 Red Skies (Pixelord Remix)
3. 120 Red Skies (NHOAH OhWeh Remix)
4. 120 Red Skies (Peter Zirbs Remix)
5. 120 Red Skies (Mieko Suzuki Remix)
6. 120 Ciels Rouges (French Version)