You are here: Home / Remix EP // Omar Souleyman – TO SYRIA, WITH LOVE (REMIXES) 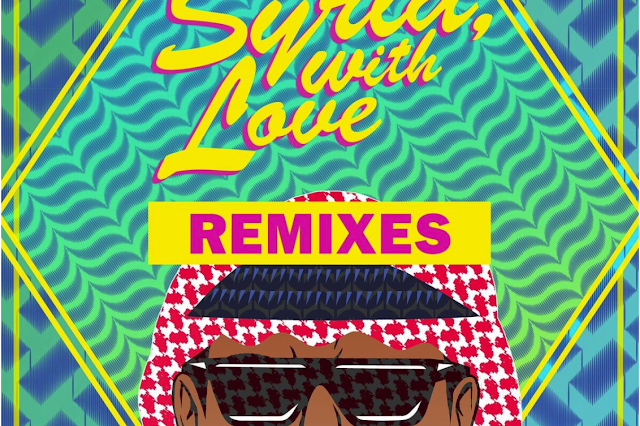 Bad Royale and C.Z. take on “YA BNAYYA,” DJ Seinfeld and Swick remix “KHAYEN” and Simian Mobile Disco delivers a new edit of “MAWAL,” each imparting their own unique energies to Souleyman’s roots. While C.Z.’s edit is minimal and haunting, Bad Royale brings “Ya Bannya” into the trap realm with heavy bass. DJ Seinfeld and Simian Mobile Disco impart tech house flavors on “MAWAL,” and Swick unleashes quirky clicks and whistles to his eclectic version of “KHAYEN.”

”TENSANA” is an eight minute long celebration of dance and Middle Eastern soundscapes. Omar Souleyman started his career as a wedding singer in Syria, recording over 500 cassettes that are now staples in the country’s folk-pop scene. Parlaying his dabke into the breakneck techno realm of electronic music, the artist is now known for his high octane sound across the Western music front.

Dubbed the “coolest man in the universe” by Noisey, Souleyman’s first introduction to the western music scene was by way of his official remixes of Björk’s “Crystaline” series in 2011. His subsequent WENU WENU LP in 2013 was produced by Four Tet’s Kieran Hebden.