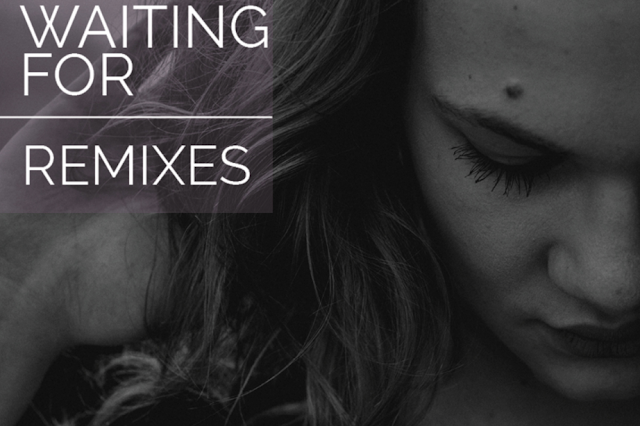 AVEC has unveiled impeccable remixes of ‘Waiting For.’ The package includes remixes by electronic producers Alex Schulz, HOUT and Nora Medin. First to rework the track is acclaimed producer Alex Schulz, who has a string of successful remixes in his wake. ‘In The Morning Light’ which featured on prolific DJ Robin Schulz’s album Prayer, has amassed over 2.3 million plays on SoundCloud, as well as 2.1 million Youtube views. Schulz has worked on several remixes for favoured house trio Autograf of which his track ‘Heartbeat’ featured on Tiesto’s AFTR-HRS compilation album. He has remixed tracks for the likes of Lana Del Ray, The Chainsmokers, Major Lazer, Love Thy Brother, Dotan, and Kiso, and received support from Mr Revillz, Marvellous, ElectroPose, Chill Your Mind, and Saints Of Serenity.

Hout is the latest project of Norwood & Hills’ Leon Krupka and Lennart Seitz, who have racked up over 2 million Youtube views and received support from Youtube channels Armada, Mr Deep Sense, The Vibe Guide XO, Sound Of Soul and Dr Deep under their previous moniker. The German tech-house producers have charted on Beatport, garnered favourable reviews from tastemaker publication Complex, and released material on Toolroom, Cr2, Armada Deep, Natura Viva and  Bunny Tiger.

Newcomer Nora Medin cut her teeth on film and video game scores, and is proud to have recently released her new album Ending Summer.

Writing music is how 22-year old vocalist and musician AVEC keeps the wolf from her door – often reflecting on personal life  experiences and weaving her life’s narrative. After the release of her 2015 EP Heartbeats, AVEC has bridged the gap between writing heartfelt lyrics and experimenting with textural sounds. For AVEC, lyrics are the key component to writing music, and language is a place of retreat – which leaves additional room for interpretation. Distancing herself from negative life experiences, AVEC simultaneously shares her own creative story through the powerful portrayal of human life and emotions through her music.

Although inspired by the likes of Bon Iver, John Mayer, The Lumineers, Oscar and the Wolf, Kings of Leon, Daughter, RYX, AVEC succeeds in creating her own language, where her imagination and ideas come together in her music. AVEC’s sound is comparable to the magical atmosphere just before the sun sets behind the mountains. It is melancholic but hopeful: the sun will rise again tomorrow.

AVEC’s ‘Waiting For’ has been astonishingly remixed by the German DJ and deep-house extraordinaire Alex Schulz. Crafting the track beyond AVEC’s initial vision, Schulz has managed to both weave in his own palette of influences whilst retaining the original hazy atmosphere. Schulz’ rework possesses elegant appeal; sophisticated, percussive beats and deep, humble basslines meshed together with AVEC’s stirring vocal work.

“When I’ve heard AVEC’s ‘Waiting For’ for the first time, I fell in love with this beautiful voice immediately! For my remix it was important to me keeping that vibe of the original song intact and I’m really happy with the result.” – Alex Schulz

“When we first heard AVEC’s song ‘Granny‘ a bit over a year ago, we immediately fell in love with her voice and the way she sings. After playing it up and down on Spotify for a while, we decided to reach out to her on Facebook and ask if they have a track we could remix. They sent us their song ‘Waiting For’ which we thought was absolutely beautiful, the voice, the lyrics and everything around it. We immediately got ideas on how it should sound, so when we remixed the song, we wanted to preserve the quietness and calmness of the track, but still make it work in an afterhour set.” – HOUT