You are here: Home / Laurent Garnier Tribute EP to be released by Kompakt Extra. 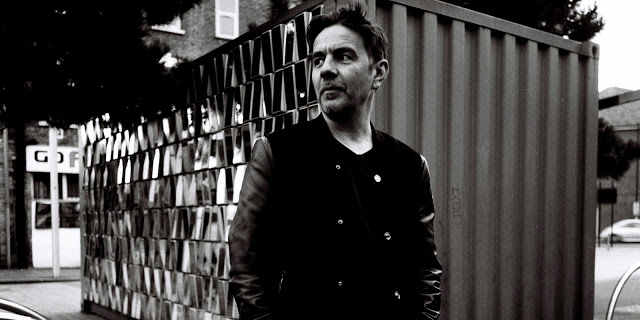 Kompakt Extra is set to release Laurent Garnier’s Tribute EP in their Speicher series on April 14. The two track EP will be the 95th release in the series, which started in 2011 and sees every release accompanied by a number.
According to the press release, Garnier’s inspiration for the EP came when “One Saturday in February I was having an amazing night playing at Oval Space in London. In the middle of my set I dropped ‘1-4 Doctor C’est Chouette.’ A fan came up to the DJ booth to ask me what I was playing. When I told him it was one of my new tracks, he replied—to my surprise—’There’s so much melancholy in this track, what were you thinking about when you made it?’ His question struck a deep chord: he had understood what I was feeling when I made the track—isn’t that what music is all about? But did I really have to tell him the story? It wasn’t the place or the time to get into a deep conversation, so I simply smiled at him to thank him for his enthusiasm.
There are times in our lives when we should dedicate a little something to people or places that are important to us. This is what this record is all about: just to say I love you, I miss you or just simply thank you.“
It is rumoured amongst fans that “From The Crypt To The Astrofloor” is a song dedicated to the French Astropolis Festival. “The Crypt” apparently alludes to a real-life crypt in the Keriolet Castle, where the festival originally started more than twenty years ago, and where Garnier often played. “The Astrofloor” is a reference to the main floor of the festival, which is now held in Brest, France.
Tracklist
01. 1-4 Doctor C’est Chouette
02. From The Crypt To The Astrofloor
Tagged with: music news new music tech-house
Category: News