You are here: Home / Interview with nostalgic electronic band Modeling 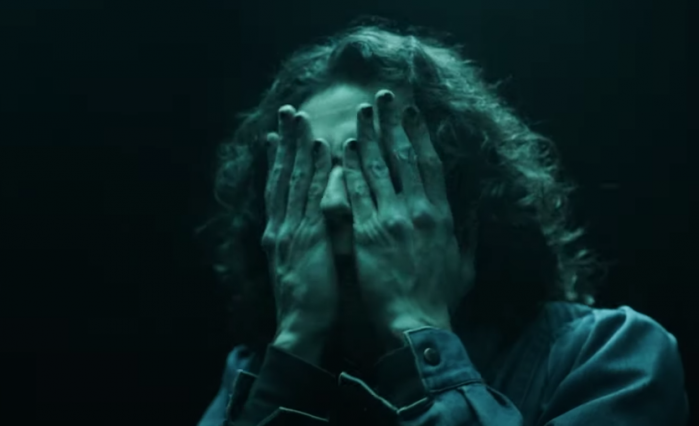 Modeling is a band created by three brothers; Connor, Ryan and Cuinn Brogan who all share a genuine admiration for synthwave infused film scores. Their latest single ‘Nothing Unexpected’ is set to feature on their forthcoming album set for release this fall. The track premiered via renowned publication Wonderland Magazine and this release has also been accompanied by an engaging music video that explores the alienation one feels after the special person in their life is no longer there. Electronic sounds collide with more alternative hooks that sink into the ear seamlessly.

We chatted with the three brothers and found out more about the video concept.

Connor – I can’t recall a specific moment in my life where there was a pivotal shift in the kind of music I create. It’s more of a series of small moments that have accumulated over the years which has led me to where I am now. I don’t even know what those moments are most of the time because many of them were either unnoticeable or insignificant when they occurred. It isn’t until an idea emerges and I try to place its origin that I become aware of the impact of that memory. And usually, it’s something from a movie my dad introduced to me when I was five years old. They always influence our compositions.

How does ‘Nothing Unexpected’ set the tone for your upcoming album release?

‘Nothing Unexpected’ is a bit of synthetic happiness juxtaposed with loneliness and a yearning for a time that has long passed. Which is what most of the album is. A bit of happiness, a bit of melancholy.

Connor – I remember becoming more aware of synth music after watching the movie Drive which is probably my favourite movie of all time now. And then I heard the score for It Follows which intrigued me even more and sent me down a rabbit hole. The synthesizer is such an expressive instrument and wildly different from the guitar which is all I knew before. I think the excitement of the unknown drew me towards synth music.

We use all hardware instruments and are currently using the Korg Prologue, Korg MS20 mini, Sequential OB-6, Dave Smith Rev2, Dave Smith Tempest and the Moog Sub37. We record everything through Ableton Live.

We don’t have a big collection of plug-ins, but some notable brands we use are SoundToys (decapitator, radiator, echoboy, microshift), Fabfilter (Q3, L2 and Saturn), Sketchtape, and a lot of Universal Audio.

Ryan – Mostly melancholic movies, my brothers, my parents, my partner and the cosmos in documentary form narrated by Neil deGrasse Tyson.

Your music video for ‘Nothing Unexpected’ has a retro vibe, what was the inspiration behind the video concept?

It was inspired by the quote “You can always revisit the place, but never the time.”

‘Nothing Unexpected’ is a song about an individual struggling to move past a time in his life that he can never return to. The music video is a follow-up to a short film we produced called Nightwalker in which the film follows the protagonist as he revisits the places where he once shared time with another, only to discover that the place itself no longer feels the same without the person he once held those memories with.

Throughout the video, the protagonist wades in and out of consciousness as he continues to chase after those familiar feelings of temporary bliss. All the while, slipping further and further away from reality. We tried to demonstrate how the character’s obsession with the past inhibits his ability to move forward with his life and in turn, makes him a lonely individual in the present. The ongoing pursuit of superficial happiness becomes the crux that keeps him in an endless cycle of self-destruction.

Connor – I have a toxic, debilitating relationship with the internet and I try to stay away from it as much as possible unless I need help.

Connor – One of the most memorable shows of my life was a punk rock show that my dad took me to when I was about 15 or 16 years old. It was at a venue in Little Rock, Arkansas called Vino’s and there were three bands, but the only one I remember was Ace Troubleshooter. I think that was my first live show experience in a music venue and I just remember the feeling of hearing those loud, distorted guitars and the pressure of the kick drum pushing through the speakers. It was a really cool experience and it got me excited about writing my own music.

Ryan – Not any new upcoming artists, but I’ve been listening to a lot of Her’s, Jon Hopkins and always John Williams. I tend to get stuck on specific artists for a very long time.

Connor – Been listening to a lot of polyvinyl and spirit goth artists.

As of now we are finishing up our first album Somewhere Before (out fall 2021), and we’ve started playing live again which is very exciting. We have a bunch of shows booked up until November, including Backwoods Music Festival on August 29th.

You can check out all of our dates on our website

Have a good day.