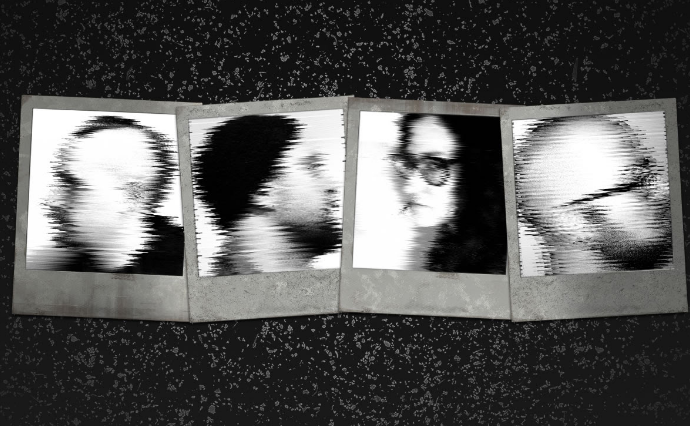 Having burst on to the UK music scene in 2011, Dreams Divide quickly established an enviable reputation for high energy and engaging live performances, earning the duo support slots with established and revered acts including Public Service Broadcasting, Clan of Xymox, Covenant, Melotron, VNV Nation and Wes Borland while building a large and dedicated fan base the likes of which could take other acts years to emulate.  The duo of DJ (vocals, synths, programming) and Gem Davison (vocals, synths) make a most welcome return with their new single Freedom, released via AnalogueTrash.

Following the release of the album Five Years in 2017, a compilation which brought together their 2011 and 2014 albums Puppet Love and Tears From The Night Sky (originally released on Glory & Honour and Juggernaut Records respectively), an enforced hiatus derailed their momentum and the project was put on hold. “Changing life circumstances forced the break-up of the band,” laments DJ, “But the bridge was never burned and needed to be crossed once more.  This is where we want to be again, and we intend to make the best of it.”

With a reputation for delivering certified bangers on the alternative dancefloor with high energy danceable synthpop/EBM tracks such as John, Faces, Puppet Love and Tears From the Night Sky, the challenge of adapting to the new ‘now’ while staying true to your aspirations could seem daunting, yet DJ and Gem have lost none of their bite or craft in making totally danceable tunes with sharp lyrical content.

Talking about the new single “Freedom is a piece about the lack of support frontline health and social care workers have received from the powers that be.” Says DJ, “We hope this will change as it all comes out in the wash, however it’s worth leaving this piece as a constant reminder of the situation.”

He continues “The current sound is the natural progression of our creative process, but also adapting to the music to the situation we find ourselves in globally. Full dance floors seem a very long way off, so we’re throwing everything we have into a fully engaging performance, both aural and visual. This will be the cornerstone for the future of this act.”

The good news for Dreams Divide fans is that while the musical landscape may have changed since their last release, the duo has absolutely not looked to their laurels, evolving, refining and incorporating a new personality to the sound in keeping with the times we live in.  “We’ve also called upon rather special friends to help out on guest vocal duties” smiles Gem, “it’s great to have support from Mesh, Faderhead, Rotersand, Vainerz and Armoured Flu Unit.”