You are here: Home / Q&A with enigmatic electronic duo The Frixion 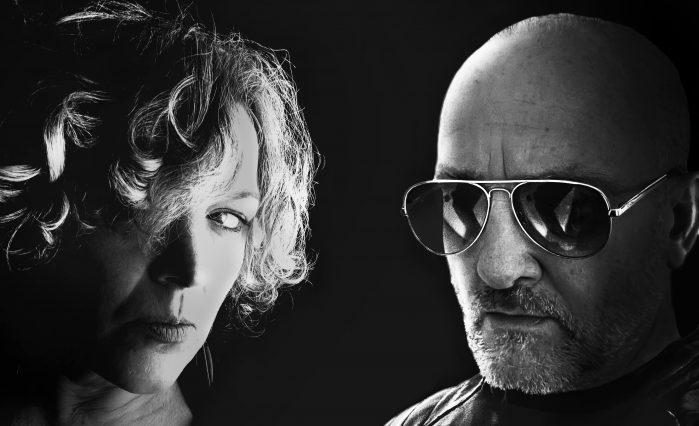 Comprised of Chris Lake collaborator Gene Serene and former Massive Ego member Lloyd Price, synth duo The Frixion have released their debut album To Hell and back. This is an album that definitely showcases the endless musical possibilities of synthesizers. Recently signed with the record label AnalougueTrash, the duo released the album via the label.  Gene provides the lyrics to the tracks on the album and has written for names like S’Express and Calvertron. Lloyd is the synth wizard on this album, providing elevated and ethereal elements with his skilful hand.

We chatted with this rising duo and found out more about their musical inspirations.

I think when I saw Kraftwerk on Tomorrow’s World, that was a pretty big influence! I also vividly remember in primary school the big TV being wheeled out during our music lesson and watching a program with someone demoing a synth drum. It was the ‘70s and disco was everywhere, so it was great to see the instruments making these new sounds!

Arcade Fire ‘My Body is a Cage’ video cut to ‘Once Upon a Time in the West’.

I always loved electronic music from a young age. From listening to Tangerine Dream and Depeche Mode – all the hits from the ‘80s were my childhood soundtrack, so it was gonna get in there. When I heard Future Sound of London and Underworld back in ’91 that was it. I was writing songs on electronic music from that moment on.

It was Kraftwerk and Numan that got me hooked. I remember riding my BMX around the neighbourhood and hearing Kraftwerk coming out of a neighbours bedroom window. I had to go and knock on their door to find out what it was! Gary Numan on Top of the Pops was quite a moment.

I use Propellerhead’s Reason. Been using it since version 1.0. It just made sense to me as I had come from a hardware setup and was used to routing cables and connecting things up. It just felt right. And it’s just so quick to get an idea going. It’s my go to for arrangements.

I do prefer doing the mixing and extra processing in Logic Pro. I prefer the mixer in Logic.

As for hardware, I have been buying up a few bits lately. I grabbed an Akai MPC Live 2 a while back. A Birthday present for myself :-). I’ve yet to really get to grips with it.

I bought a Behringer MonoPoly a while back too. That is really impressive! I like what Behringer are putting out. They’re doing what Roland and the others wouldn’t do.

I do have the Roland SE02 analogue boutique. That’s a great sounding synth.

I’ve been buying up a lot of the Cherry Audio plugins lately. Really great sounding VST’s. I used some lately in our recent live sets. Very impressive.

It’s changed everything and is far more intrinsic than any of us want to face up to.

I think I’ve been most impressed by IAMX. I saw them for the first time in London around 2017 and was totally blown away.

Not necessarily new, but I do love The Anix. Well worth a listen.

My concept album The Polaris Experience I did with Bob Earland (Clor/Radiophonic Workshop).

To Hell and Back by The Frixion of course!!!

We recently completed a 4-day mini-tour around the south/west of England and we have a show on the 14th of August in Liverpool at Outpost.