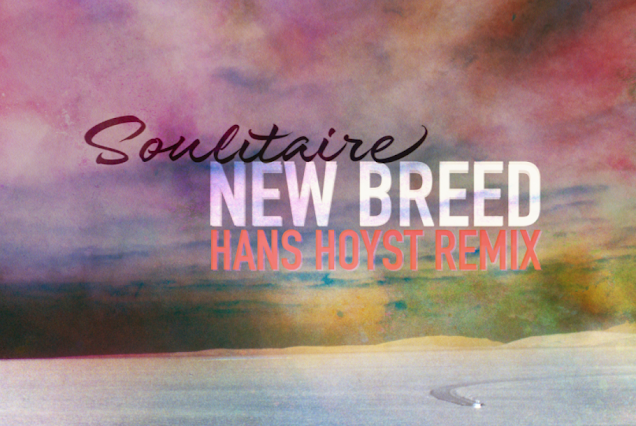 Soulitaire’s original take on ‘New Breed’ has received support from fashion and music UK publication Noctis Mag and tastemaker UK presenters Tom Robinson/ BBC Music 6 and Charlie Ashcroft/ Amazing Radio whilst his latest single ‘One Of Many Parts’ was premiered by CLASH Mag. Both singles delivered Soulitaire’s velvet-esque voice alongside his jazzy guitar sound and the optimism and enthusiasm for which the artist is quickly becoming renowned for.

The Austrian singer-songwriter is a trained jazz guitarist and studied at Gustav Mahler Konservatorium in Vienna. In 2003 he found his place in singing and songwriting, signing to Wohnzimmer Records with his first solo-project Ben Martin. However, he recently took the lead from Austrian artists such as SOHN, LEYYA, HUNGER, and after releasing nine albums with three different bands in ten years, established his new project as a solo artist: Soulitaire.

Hans Hoyst gives a breakdown of the remix: “The track starts with a sample of the guitar line from the original production, heavily processed to complement the ethereal nature of the vocals giving a swirling dreamy nature to the introduction. The remix as a whole evokes the imagery projected in the vocals, the line “all of us fearful, struggling to cope” is contextualised with a production style that makes its appearance to act as a guide through the fog of uncertainty – heralding a sense of optimism, and serving as an allegory to the process of overcoming anxiety.”