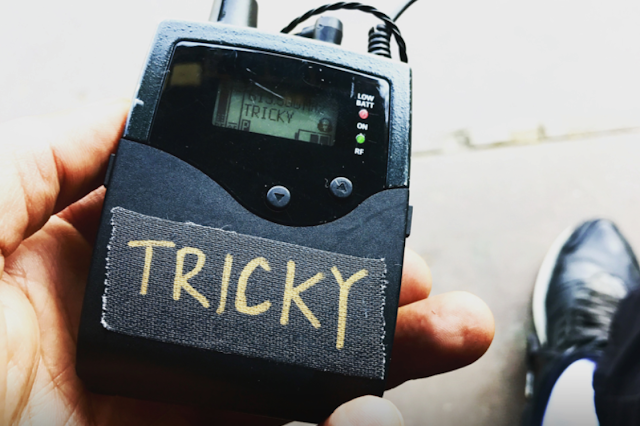 Tricky has recruited heavyweight Italian producer and fellow !K7 artist DJ Tennis to remix ‘Running Wild feat. Mina Rose’, the third single to be taken from his universally acclaimed 13th studio album, ‘Ununiform’. Drawing on more than two decades of experience, DJ Tennis AKA Manfredi Romano has built up his reputation as an eclectic DJ and versatile producer.
The Life and Death label head twists Tricky’s hypnotic original with haunting electronics and brooding synths for an absorbing reinterpretation that is certain to entertain fans of Tricky and DJ Tennis alike.
Inspired by the emotive elements of the original, electro duo LA Riots infused their own adept house artistry to bring the single to newer heights. Keeping all the essential heart-rendering tonalities of the track, the pair turn ‘Running Wild’ into a sizable, four-on-the-floor thriller, enlivened by a fusion of deep drum patterns, full-bodied synths, and skillfully placed vocal chops.
‘Ununiform’ is the first album made since Tricky moved to Berlin, three years ago. While many people move to the clubbing capital of Europe to party, this was a clean break in every sense of the word. “I like it here because I don’t know anybody. I eat good food, I go for walks, I’ve got a bike. I’m trying to look after myself. I don’t drink here. Some people call it boring, but I wake at 9am and I’m asleep by 11 o’clock at night. I’m looking after myself.”
Tricky also credits much of the freedom of ‘Ununiform’ to something more grounded: “This album now is the first album I’ve made (in years) which isn’t going to pay off some kind of debt. So it’s more relaxed!” Referring to his previous albums, False Idols, Adrian Thaws, and the Skilled Mechanics project, he says “I was doing these records thinking ‘the quicker I do this album, the quicker I pay off the tax people.’ So ‘Ununiform’ has been very chilled out. Now, I own the label, I pay for everything myself. I’m a truly independent artist. Now I do what I want. Freedom is a beautiful thing.”
Tricky will also be touring throughout the last two months of 2017 and will be hitting the following dates: