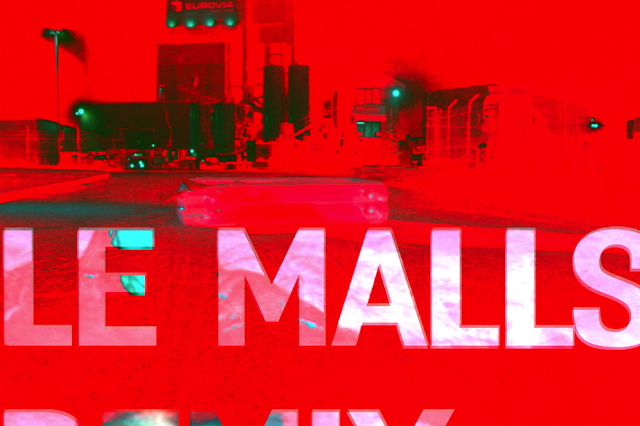 The release follows the success of the original track, which garnered attention from the likes of  PopCrush, Clash Magazine and BBC Radio London’s Gary Crowley. Parisian electronic producer and DJ Le Malls has now taken the band’s original single ‘OCEANS’, and weaved the track into his own web with an empowering, yet thought-provoking remix. Starting at an early age, Le Malls has since taken the underground electronic scene by storm, taking liberty into his own hands, creating remixes of famed tracks by Drake, James Blunt and Mike Posner to name but a few.

Karl Zine has worked with musical luminaries such as FRYARS and Tom Vek and teamed up with esteemed producer Matt Robertson (Bjork, Anohni) on his first solo tune ‘Redwood.’ After studying at the Royal Academy of Music and performing in jazz clubs,he turned his attention to the pop-world for the formation of RINNGS. Nai Jannson is a choral composer and conductor. Her work recently includes conducting duties for the London Contemporary Voices at Brixton Academy and  choral arrangements for an international theatre/dance production which opened in Sadler’s Wells. Their debut single “Cutting The Cloth”,  amassed support from the likes of Clash, The Line Of Best Fit, Radio X, BBC Scotland’s Vic Galloway, BBC Introducing, Amazing Radio, PS3 in Sweden, Spotify’s New Music Friday Playlist and was selected as Best Record In The World This Week on Eddy Temple Morris’ Soho Radio show.

The sound of RINNGS is made up entirely of vocals and drums. A unique formula of lush layered choirs, manipulated vocals and intricate rhythms, over which the melody and lyrics take us on a journey through life; the highs, the lows and the ordinaries – is the perfect vehicle for the remix skills of French musical prodigy Le Malls.

The seventeen year old’s evocative yet unique style of music is difficult to classify into one genre. He started producing music at the young age of thirteen from his bedroom and after four years of constantly crafting his production skills, his signature  sound is distinctly recognizable. With a  mixed spectrum of musical influence, the hybrids of chill trap, future bass and indie rock, music lovers cannot get enough of Le Malls’s  rising build ups crushing down into his epic tidal wave of anthemic sounds. His debut release ‘R&G’ via Trap Nation / Lowly Palace was an incredible success with over 2 million streams within its first week.

‘OCEANS (Le Malls)’ Remix is a booster-pack to a great song. The young artist keeps the song’s basis intact but changes its vibe, washing it in soft chime-like synth sounds.

Speaking of the track Le Malls says: “The song Oceans by RINNGS is such a wonderful combination of great feelings and awesome vibes wrapped up all in one song. This is what I try to do and express in all my tracks so it was an absolute pleasure to remix the song and share with people my vision of it in my electronic style. One of the most important things in music is sharing so it’s always great to share multiple visions of the same song with the world. When I first heard the track I thought it would be a great remix for me and as well quite a challenge as it’s a bit different to my regular genres and style. It was a pleasure to work on it and I am thankful for them to let me remix such a great track.”