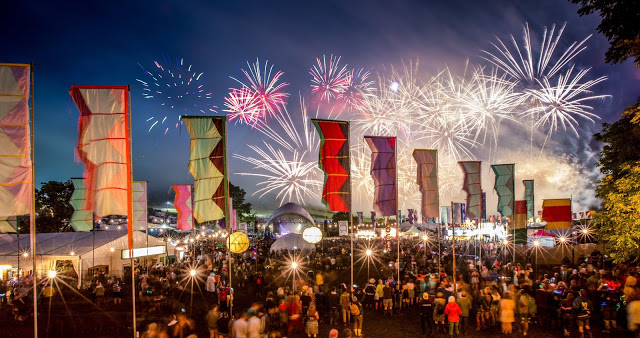 One of the UK’s last and best-loved independent music festivals, Beat-Herder has made its first line-up announcement. The eccentric three-day event returns to Lancashire’s Ribble Valley on July 14th-16th this year, and fans can look forward to a programme that includes some true heavyweights from a variety of musical genres.
Headlining on Saturday night, in their only UK Northern festival appearance of 2017, will be anarchic duo Sleaford Mods, while Danish multi-instrumentalist Trentemøller will also feature on Saturday, playing with a full band.

As a festival, Beat-Herder has – over the course of 12 successful years – prided itself on “uniting the sub-cultures” of dub, reggae, house, psytrance, techno, indie, rock, psychedelic, drum and bass and dubstep, and the 2017 installment of the festival can boast some luminaries from these scenes, including dub hero Lee “Scratch” Perry, feted DJs Dave Rodigan and High Contrast, progressive ska and rocksteady legends Toots And The Maytals, hugely influential hip-hop group The Sugarhill Gang and German alternative-folk outfit Milky Chance.

Check out the highlights of last year’s “unparalleled, unorthodox and unflinchingly bonkers” Beat-Herder festival below: