You are here: Home / David Bowie Memorial To Be Constructed In Brixton 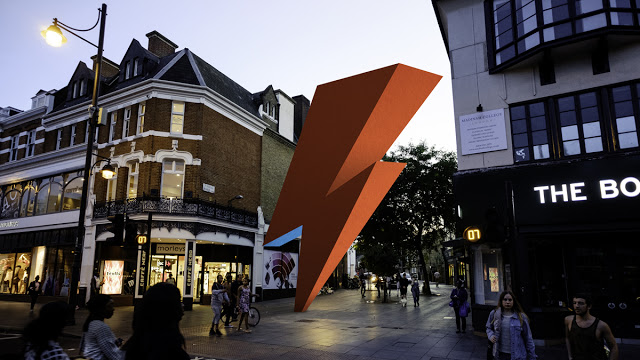 Plans for a three-storey memorial dedicated to the late David Bowie are underway.  The ZiggyZag, as it has been termed, will be erected in Brixton, London, the singer’s place of birth.The memorial is being designed by artistic duo This Ain’t Rock n Roll in collaboration with Bowie’s London team,  with backing from the Lambeth Council.The David Bowie Memorial Crowdfunder Campaign are hoping to raise £1M to fund the statue by the 21st March, and are already off to a promising start, with nearly £30,000 being raised in the first 24 hours.The statue will resemble the lightning flash make up worn by Bowie on the cover of his 1973 album Aladdin Sane, and will be positioned on Tunsel road, around the corner from the existing David Bowie mural created by artist Jimmy Cochran in 2013. As stated by the campaign: “Just as an otherworldly David Bowie landed in our lives, the memorial (is it too soon to call it the ZiggyZag?) stands embedded in the Brixton pavement – a three storey tall bolt from above. A nine meter missive from another dimension, hurled from afar.”
For Details on how to get involved, watch the video below:

David Bowie Memorial from This Ain’t Rock’n’Roll on Vimeo.