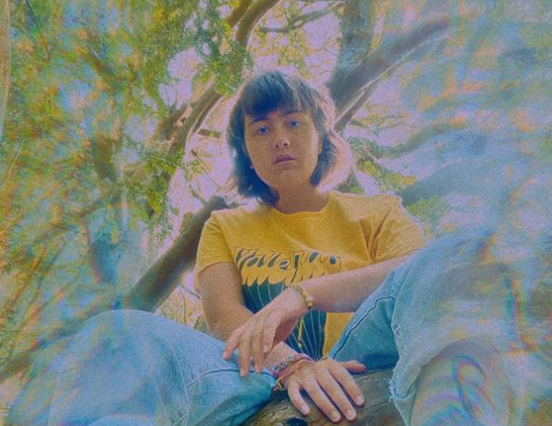 Liverpool based dreampop wonder Seagoth is back with a new single ‘Dreamworld’.

19 year old Georgia Ochoa has been creating music under the name Seagoth since 2015, and she emerged onto the scene in 2019 with her debut EP ‘House Party for Ghosts’. The debut album was produced by Georgia alone in her bedroom using only Garageband on her iPhone and a cheap Stratocaster. She kicked off 2020 with the release of her sophomore EP ‘Internet Cafe’; a five track piece of work which exhibited a growth and development in her sound that proved that she’s one of the most intriguing upcoming acts around. The EP saw Georgia experimenting with sampling, and ripening her entirely self-made work into something even more provocative. Since then, Georgia has spent lockdown cultivating her sound, discovering new inspirations and perfecting some new releases, the first of which is the luscious new single ‘Dreamworld’.

‘Dreamworld’ is a form of escapism; a psychedelic new wave pop song that the listener can simply immerse oneself in. Using trancing synths and excessive tape delay, it grew to become a hypnotic ballad influenced by MGMT’s ‘Little Dark Age’ and Beach House’s album ‘7’. Combining elements from both of these albums, the shimmering backbeat of dream pop slowly dissolves in a psychedelic-rock-cocktail of synthesisers and emotional distress. Although the Seagoth sound has been primarily bedroom-pop oriented, this track is facing a new-experimental direction similar to her previous single, ’Ballad for the End of the World’.

Georgia says of the new single: “The lyrics “wake me up, something keeps waking me up. But I keep coming back here in my dreams” refers to the repetitive e-piano melody that’s mimicking an alarm sound. Those few moments before you fully wake and your alarm is blending into your dream momentarily causing this “dreamworld” to spill into reality for a second. That strange and unreal feeling is what I attempted to replicate in this track with the lyrics and the instrumentation.”