You are here: Home / argonaut&wasp share a new song ‘TVS’ 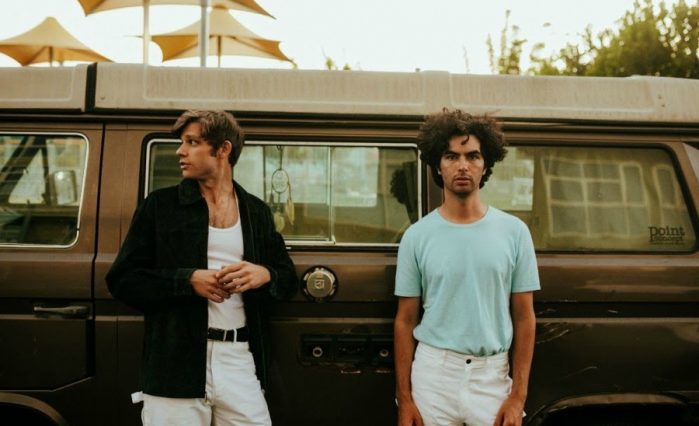 Brooklyn-based duo, argonaut&wasp, have returned with their first release of 2020, a new single titled ‘TVS’. The track is out now with +1 Records.

Prior to this release, they released ‘Saigon’,  which was premiered via Billboard, and a music video for ‘Monacillo’,  directed by Patrick Elmore. Back in April, they shared ‘Composure’, which has garnered over 2.5 million streams to date. These new singles have been featured on Spotify’s “New Music Friday,” “Summer Party,” “Indie Pop,” “All New Indie”, “Indie Sunshine”, and “Feel-Good Indie Rock” playlists and on Amazon Music’s “Introducing: Alternative” playlist. argonaut&wasp has now amassed over 15 million streams across all platforms.

argonaut&wasp has been making major waves with their live shows, including sold-out shows at Rough Trade and the main hall at Elsewhere in 2019. This past summer they performed on Live Nation’s rooftop for Ones to Watch’s “All Eyes On” session. They recently wrapped up a National tour in 2019 in support of Miami Horror, as well as a string of dates this past month with Magic City Hippies.