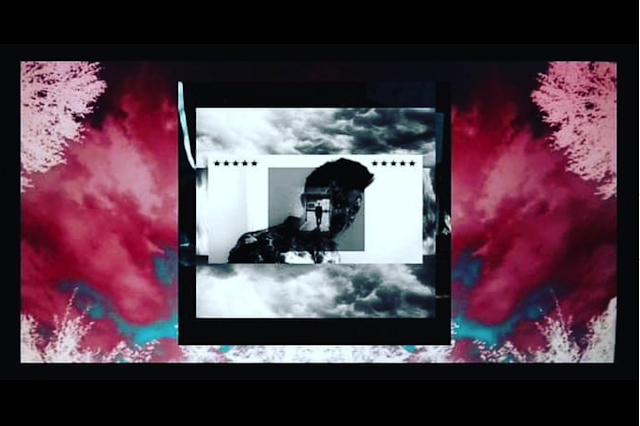 Space Jams Radio launches its debut event in Bristol! Head to the Upside Down and join 6 acts for a dark synthwave affair, it’s gnarly, it’s retro and it’s the first and only in Bristol

Dark Smoke Signal
Multi-instrumentalist Dark Smoke Signal is a Synthwave producer from the new music hotbed of Bristol, UK. Raised on a diet of 80s Heavy Metal and Synthpop, this former Metal guitarist switched to the Retrowave world in early 2018 but has stayed true to his roots. After the initial success of his first five singles, DSS signed to Retro Reverb Records for the release of his first EP due out in Autumn this year. Songs are a diverse mix of instrumental and vocal styles with a melodic edge that is guaranteed to hook the listener in. His live shows are known for engaging the audience with a retro-futuristic assault on the senses.

Aeronexus
Aeronexus is a UK Based synthwave artist delving into soundtrack and space-synth. Inspired heavily by Vangelis, Vince DiCola and Tangerine Dream he deftly uses a mix of sci-fi, orchestral and synth producing a mix of styles and sounds, all drawn from the music he’s been inspired by.

PLAYER ONE
Player One is a dynamic 2 piece cinematic project blending elements of darker sci-fi soundscapes and nostalgic synth-pop. Hailing from The hometown of Bristol, Player One will be playing the new album for the first time! Putting on a lively show with live drums, vocals and playable synths Player One promises to take you through an engaging experience that will remind you of a familiar time that never happened.

Daniel Adam
Brighton based Synthwave Artist Daniel Adam performs his own brand of Dark Anthems, Cinematic Soundscapes and Techno Trance. His music has been featured in TV and Film, by the BBC and can be found on several albums from as far awide as Miami, Germany and Amsterdam to name but a few. Daniel Adam’s songs have been broadcast and remixes of his work have also been performed in clubland across the globe.  Daniel Adam is currently showcasing songs from his third album release Where The Waves Meet and his forthcoming album Trans Am Death scheduled for release in Autumn 2019.

Absolute Valentine
Absolute Valentine is a synthwave producer from Marseille, France. He is known for his involvement in the French synthwave scene, as well as the connected narrative throughout his discography). Romance, suspense, and a whole array of sound awaits in the Absolute Valentine universe. Taking inspiration from the 80’s masters of storytelling (Ridley Scott, John Carpenter, David Cronenberg, among others), Absolute Valentine hopes to immerse you in his own tale. It is by no means a happy one…

LAZERPUNK
Lazerpunk is a Budapest based producer and DJ who released his first album in 2014. After several years of experimenting, it was his 2018 album named Death & Glory which made him become one of the most talked-about producers in the now very popular synthwave scene. After it’s release his latest album was the most popular Hungarian album on Bandcamp for 6 months, and now has more than 150.000 plays on youtube only.

This artist has his roots in the synthwave genre and his nostalgic feelings towards the VHS-era are obvious, but he is mixing it up with a very modern, dirty and in-your-face sound that makes his music very unique and powerful. Opening for artists like Perturbator, Carpenter Brut, Danger, performing at Hungary’s biggest music festival, the Sziget, and collaborating with names like Scandroid, Aesthetic Perfection, Daniel Deluxe, Tokyo Rose and Quixotic put him near the top not only on a national but on a worldwide level and we are happy to have him for his only UK appearance this year