You are here: Home / INTERVIEW // We Catch Up With … Groovytek 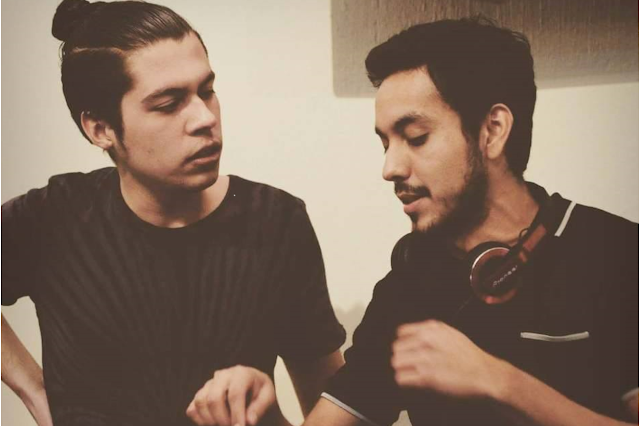 Groovytek is a Dj/Producer duo based in Mexico, founded by Luis and Eduardo in March 2015. Both were interested in music from a young age  and played in a heavy metal band before they became involved in electronic music through djing in clubs and producing music.

We hooked up with this dynamic duo and they shared some info about their music, inspiration and their future.  Have a look at what they had to say…

Hi there, how are you and what are you up to today?
We are fine thanks. Just working on new stuff and relaxing at the same time.

To those not familiar with you, how would you describe your sound?
We would describe our sound like kind of a festival feeling ’cause it is energetic and crazy but also has a groovy touch that makes you go insane and dance.

What are the 5 albums that have influenced you the most?
4×4=12 by Deadmau5, Until Now by Swedish House Mafia, The Black Album by Metallica, Nevermind by Nirvana and Cowboys From Hell by Pantera

Which other artists are you into at the moment and why?
We love and produce Dubstep and Bass House so now we are into Getter, Jauz, Spag Heddy, Zomboy, Jvst Say Yes, Habstrak because their music is so crazy and energetic, the sounds they are using are very unique, you can identify them by just hear their compositions and sound design

What would you say some of the challenges artists face today in the music industry?
Cutting through the saturation of the scene, as soon as a sound gets hot everybody jumps on so its important to stay fresh and unique.

Where do you gather songwriting inspiration?
We get inspired by life events or parties and sometimes it happens in random places. Sometimes an idea comes while we are on the street and it gets stuck in our heads and then when we are in the studio we write it on the piano roll

Take us through your songwriting process. Are there any particular steps you take when putting your music together?
We always start making the drop ’cause with it we can define what the track is gonna be about, then we can play around with the breakdown, build up and finally intro and outro. But we need it to sound nice and clean from the beginning.

What’s the best gig you have ever done and why?
It was in Torreon, Mexico because there was a lot of people and they were dancing and jumping with our music, we met a lot of nice people and good producers. Also we saw Sak Noel and Dj Blend playing, it was so energetic.

And the worst?
It was in Zacatecas because first of all the stage wasn’t ready when the event started, then the speakers started to sound horrible and people left the place.

If you weren’t a musician what would you be?
Luis: I would be homeless. Haha no, I think I would be in the automobile industry.
Eduardo: I would be a businessman

Do you have any particular gigs or festivals that you dream about playing?
We would love to play in Ultra Music Festival, EDC and Tomorrowland

If you could perform alongside any other band or artist, living or dead, who would it be?
Jauz

Do you have any information regarding upcoming releases, projects or gigs in the pipeline that you would like to tell us about?
We are finishing an EP. It will consist in 3 tracks (dubstep, trap and future bass) it will be insane ’cause we are experimenting with new sounds and concept.
Also we have a lot of upcoming releases on our label (Bass House Beat) so, there will be a lot of music to share with you