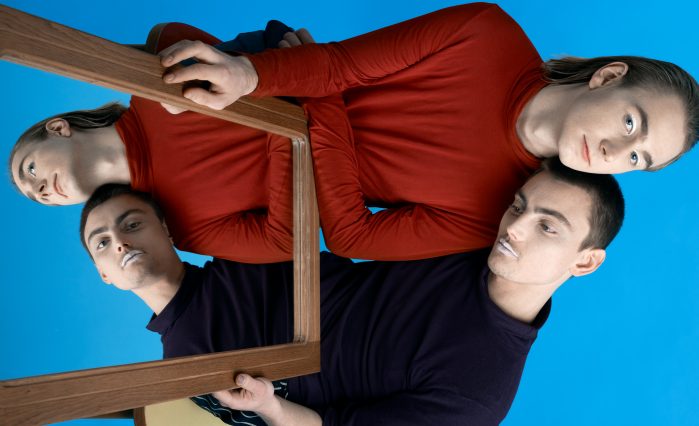 Dolphins is the project of Valentin Bringmann and Sascha Neubert. Starting out in Leipzig in 2016, they have since then released 1 LP entitled “Fountains”, a few live sessions and played many shows around Europe supporting acts such as Fenster, Arms and Sleepers, Cate Le Bon, Tops and more.

The young german Duo grasp on different musical genres but overall articulate their own sense for experimenting with different aesthetics. 80’s paired with brushes of “Air” ,Tame Impala, John Maus and Ariel Pink.

An act with the ability to deliver infectious, sublime Synth Pop songs that flirt with Wave and Psychedelia. Offering playful arrangements, a varied palette of synthesizer sounds, groovy psychedelic Bass sounds, at times humorous and at times deeply disillusioned Vocals. Though the core of their music finds its depth through their personal bond over the music they create.

“Sometimes things remain abstract and not tangible but maybe this is what makes them beautiful and relatable.” they say.