You are here: Home / X a a t u starts a new chapter with ‘Paradise Lost’ and the story takes a dark turn… 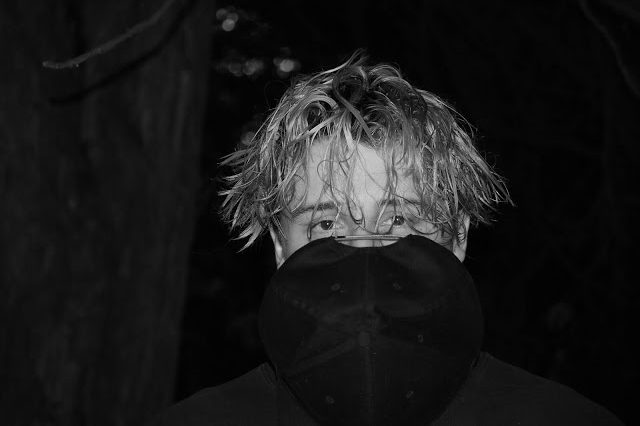 Xaatu is the bass-driven electronic project from Newcastle featuring the darker elements of Trap, Wave and experimental future beats.
Xaatu’s latest single ‘Paradise Lost‘ premiered on The Playground. It is a track signifying the transition of his music from happy, upbeat melodies to more dark and muddy atmospheres – with influences in Wave, Trap and Future Garage. The title comes from John Miltonʼs epic poem of the same name.

Read the full interview with Xaatu below:
Tell us about your earliest musical memory.
The main one that sticks out was when I was around 5 or 6 and we were at a family friends party, there were some older boys in a band and they had their electric guitars and drums all set up and were playing for everyone in the living room. It was the first time I’d seen people playing live music and it blew me away. I think all I wanted to do from then was learn guitar.
What got you into producing your own music? What inspires you to keep at it?
I had a couple of friends stay over at my house one night, and one of them had a pirated copy of Reason 4 which he put on our laptops for us and we all stayed up pretty late writing really shitty melodies and drum patterns. I’d work on songs after school and show them to people the next day.
I don’t see a time in the future where I’m not making music, so finding inspiration to keep at it has never been a problem. Like there’s rarely a time I’m on my laptop and not making music. Yeah, there’s good days and bad days, or even weeks, where nothing you write seems good enough, but you always break out of it, and most of the time that’s when your music levels up.
What technical or creative aspect are you currently focusing in on with your productions?
Technically I’m trying to create sounds I’ve not heard before, whether that’s creating synths or even atmospheric sounds from scratch, I want there to be something in every song I make that when I look back at it I can be like “fuck yeah, I did that”.
Creatively the music has taken a darker turn since around the time of my Kira EP last year. I think I just got sick of making all these really happy arp-y songs just because that’s what I was used to making, when I didn’t feel like they fit what I wanted to make or what I wanted to express.
Do you identify with any particular genre or subgenre? What is your view on this way of defining music?
I’ve tried not to limit myself in what I make by attaching myself too much to a genre or subgenre, but I’ve always had a soft spot for experimental trap and wave music, so more often than not I find myself gravitating towards those styles.
I don’t feel too boxed in though, whenever I do hit a wall with writing I jump to one of my side projects.
Outside of music culture, where do you draw inspiration from?
At the minute I’m obsessed with the artwork of Gustave Doré, which actually inspired the title of my new track ‘Paradise Lost’ from his work on John Milton’s epic poem.
Which three albums or artists would you say have influenced your sound the most?
There’s too many to name really, but I think SBE/DG, Sam Gellaitry, Flume and SOPHIE have been my biggest inspirations. Every time I listen to their music I am in awe, so I probably take small elements from each into my own production.
What can we expect from you in the near future? Any upcoming projects or releases in the pipeline that you would like to tell us about?
‘Paradise Lost’ will be available to stream and download from all major services from the 28th of June.
Other than that i’ve got some new Xaatu music pretty much ready, and a load of stuff still to come on my side projects. It’s just been difficult finding the time to get them finished and released in between working.
Any closing remarks?
Thanks for having me, and I hope everyone enjoys the premiere of ‘Paradise Lost’!