You are here: Home / Interview with synthwave music trio Turboslash 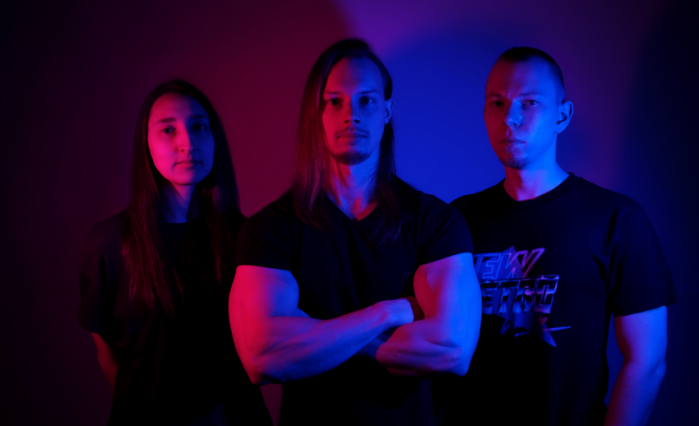 Synthwave music trio Turboslash was established at the end of 2013. In 2014 they released their first track ‘Deathracer’. In May 2015 they had started their new EP which was released in 2017 since they decided to change the sound to a harder one.

Their debut full-length album, with vocalist Polina Mikhailina who has joined them for this, was released on January 24, 2020.

We started our musical way more than ten years ago. Our first project is Catch The Sun (progressive metalcore). Metal music has greatly influenced our long-term creativity.

We were very impressed with the music of Carpenter Brut, which we came across at the end of 2013. Aggressive and powerful sound inspired us to experiment with electronic music.

We use VST emulators of vintage analogue synthesizers and gear. Only digital.

We often find new interesting VST plugins. There are a huge number of them.

We would like to highlight some of the performers that we have recently known about: Mooggy, Oscilian, Moter, The Hunt, Korine.

We prefer to spend our free time with games, films and other media stuff.

We just can’t stop making music. And we are happy when people appreciate the results of our work.

Progressive Retrocore will be great 🙂

We’re making new stuff right now. But we’re working slowly so can’t give you a date.