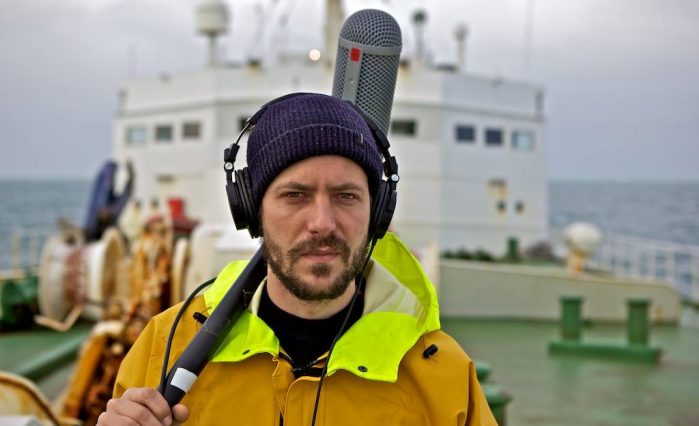 Hot off the back of his recently released single and video ‘Violence’, French electronic producer Molécule will be sharing a remix package of his previous single ‘Sila’ (October 13th) which received support from French tastemaker publications Greenroom and Tsugi. Sila Remixes includes interpretations by Madben, Torb and Sayem.

Madben grew up in Northern France and discovered electronic music at the end of the 90’s. He began DJing in 2000 and composing in 2007. Hailed by Trax Magazine as “techno’s last hope,” he has received support from a host of influential names such as Laurent Garnier, Agoria, Dave Clarke, Carl Craig, Skudge, John Digweed and Ben Sims. His reputation was cemented through a few acclaimed releases in 2013 and 2014: ‘We Want To Rave On’ on Astropolis Records, ‘Dual’ with Ian O’Donovan, ‘Neighbours’ on Bedrock, ‘My mad strings’ on Goldmin music. 2016’s tracks ‘Into The Woods’ and ‘Tension’ received airplay from BBC Radio 6 Music’s Tom Ravenscroft,  and he is a well known name on the club circuit throughout France, including Transmusicales (Rennes), Scopitone (Nantes), Marsatac (Marseille), I Love Techno (Montpellier), as well as Montreal’s Piknic Electronik.

Sayem is French DJ and producer, known for his affinity for vintage synths – Minimoog, JX3P, Juno 60 and SH101. He has a string of releases in his wake, and has worked alongside artists such as The Girls and Boys, Rocky, TORB and Domestic Dictatorship (Julien Briffaz Bot’Ox.) He recently composed the score for short film Qui Vive, and has produced music for Don Quichotte at Trocadero, José Montalvo’s ballet show, which went on to run for several weeks at Théâtre National de Chaillot, before touring across France .

French duo TORB are some of Motorbass Studio’s hip dissidents, known for their use of modular analogue synths to create a sound reminiscent of the rave age scene. Their 2014 tracks ‘Fatohm / Fever’ received support from Noisey, and their “low-fi” techno sound is owed to bespoke machinery, and preferably played at live sets.

Head of independent Parisian label Mille Feuilles, Molécule has worked with prominent labels in the past such as Sounds Around, Aktarus, Underdog Records and Play It Again Sam, respectively, and has released numerous remixes, singles, EPs and seven full-length LPs, including an eighth on the way. In 2018, Molécule is scheduled to perform at Eurosonic Noorderslag Festival in Groningen, The Netherlands alongside artists such as Rone, Sigrid, Högni, Au/Ra and many, many more.
Influenced by nature, isolation and human existence, Molécule’s music could be best comparable to electronic and experimental techno artists such as the swelling atmospheres of Kevin Gorman, the sawtooth pulsing of German producer Helena Hauff and the investigative experiments conducted by Silent Harbour, thrown into a cohesive blender to form Delahaye’s deeply constructed signature tone.
Madben’s take on Sila delivers a beat driven sound, covering a juxtaposing sonic scope while Sayem’s remix radiates maturity and a cool, sometimes poignant atmosphere. Meanwhile, TORB’s work on the track is a techo-centered delivery of intricate grooves, making the auditory aesthetics of this remix package something to satisfy the palette on every count.