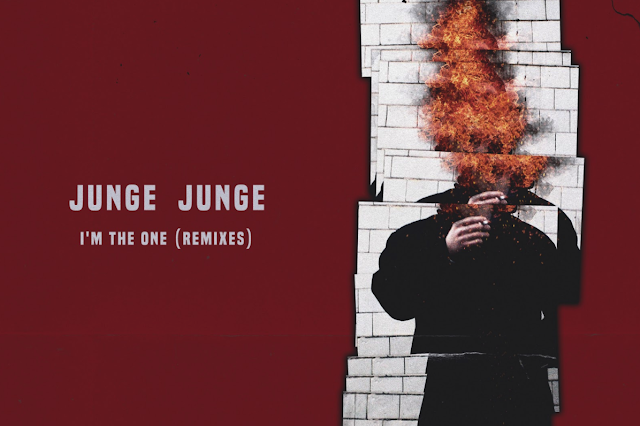 Junge Junge have released their remix package of their latest track ‘I’m The One’ with remixes by Tyron Hapi and Notre Dame, released via Universal Music. The 18-year-old Tyron Hapi is already an acclaimed producer in his own right. His track ‘Anyway ft. Mimoza’ racked up over one million streams in its first two weeks, and was added to Spotify’s New Music Friday in over 15 countries. He has racked up over ten million SoundCloud plays, and boasts some enviable collaborations, including work with Will Sparks, Timmy Trumpet and Joel Fletcher. Having honed his skills to a sound that includes epic progressive house breakdowns and trademark bounce drops, he has releases on global labels such as  SPINNIN’, Universal, Dim Mak, Bourne Recordings and Armada Records and has gained support from Youtube channels, Spinnin’ Records, The Vibe Guide, Ultra Music and Nik Cooper. French producer Notre Dame has been gaining traction since the release of his ‘Avicii – Without You’ remix on Geffen Records. Hand-picked in a competition by Avicii himself, the track was named number 1 on Billboard’s “5 Best Avicii ‘Without You’ Remixes” as well as receiving support from YourEDM and radio play on iHeartRADIO. A well-known name in Parisian clubs such as  Queen Club and ZigZag, he has supported cult names such as Steve Aoki, David Guetta, Matisse & Sadko, and many more.

German electronic duo Junge Junge have a string of hits in their wake. The original version of ‘I’m The One’ received support from major YouTube channels Mr Revillz and The Vibe Guide, with the acoustic version receiving support from tastemaker publication Clash Magazine. Previous tracks ‘Run Run Run’, ‘Beautiful Girl’ and ‘I Don’t Love You (I’m Just Lonely)’ have amassed over 80 million combined streams via Spotify. ‘Run Run Run’ met with critical acclaim from publications such as YourEDM, receiving radio airplay across the globe, and gaining nearly 40 million Spotify plays alone, before going on to become part of the duo’s debut EP titled ‘Beautiful Girl’. In Sweden, Junge Junge’s single ‘Run Run Run’ earned Double Platinum while the title track ‘Beautiful Girl’ earned Gold awards and has been placed in the Top 30 for 20 weeks, and Top 40 for 30 weeks consecutively.

Junge Junge is the combined talent of  Rochus Grolle and Michael Noack. They have performed at top festivals such as Pacha Ibiza, Germany’s Magnetic Festival, HYTE on New Year’s Eve in Berlin and WET Open Air – and the duo’s tour schedule will only continue to grow, as 2017 will see Junge Junge combine large-scale bookings, with smaller, more intimate club performances. Grolle and Noack also hold remix credit for like-minded, well established artists such as Glashaus, Charlie Puth, James Arthur and Avicii, to name a few.

‘I’m The One (Tyron Hapi Remix)’ is a polished, precise, and robust track, but it’s also indelibly soulful, proving that as a producer, Tyron Hapi is as equally committed to moving hearts and bodies. Meanwhile, ‘I’m The One (Notre Dame Remix) is a  richly layered and emotive version that traverses a vivid sound spectrum, and incorporates contrasting moods and atmospheres that make for an interesting listen.