You are here: Home / Ṿ Ʌ Ẏ U asks you to ‘Open Your Mind’ with His Brand New Release 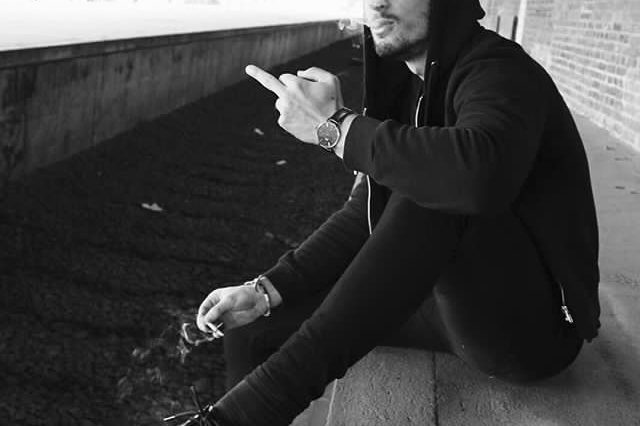 Berlin born wave producer Sven Bartelt, AKA Ṿ Ʌ Ẏ U takes every free moment he has to make music between the inevitable day-job and his other passion as a kick-boxer. A sport he says inspires his mind to produces more ideas. Currently situated in the town of Fürth, northern Bavaria, Germany, Ṿ Ʌ Ẏ U has taken the time to talk to us about his latest release ‘Open Your Mind’, which is adark yet slightly up-tempo wave track. Rich with synth, deep bass and trap beats that inspire both flight and dance. As well as talk about how the discovery of wave music changed the game for him as a producer.

How would you personally describe your sound?

At what point did you know that you want to make music?

Since I discovered the sound of wave on SoundCloud, which totally inspired me, I had these melodies in my head. From that on I knew I have to start producing.

What three albums/artists would you say have served as your greatest inspiration? And tell us a bit about what kind of music you grew up on.

Araabmuzik – Electronic Dream. He mixed hip-hop with trance and was actually the first commercial producer which made wave respectively for this kind of sound. This was amazing. Other big inspirations are OG’s like Skit, Kareful, Sorsari and many more in the game when I discovered the wave genre on Soundcloud. I grew up listening to mainly everything but by the years I become a lover of US hip-hop.

Is there anything you absolutely have to have with you when making music (cigarette/lucky charm/film playing the background)? Or can you just sit down anywhere and produce?

I just have to be in the mood. I don’t need anything else.

What non-music related inspirations do you hold dear if any?

I would say great nature like the mountains are a big inspiration. At least a place where you can free your mind and capture the beauty of the moment.

Is there a sub-genre you think doesn’t get the attention it deserves?

Actually, wave music. There are a lot (!) of really talented producers out there who deserves a lot more attention for what they create.

If you could paint a picture of your future in music, what would it look like?

My music, my style, my name would be well-known and loved by the people and I do collabs with the people who inspired me the most.

What drew you to the genres you love? Have you always known you would be making electronic music one day or has that evolved from other genres?

As I said before I’m strongly related to hip-hop. For me, a good track is not just a fine rap or a beautiful vocal part. It’s the beat itself. I started listening to instrumental more often and so I discovered the wave scene. On top of that, I love most of everything that is epic and for me wave is epic. I love the emotion that I have when listening to a track. At that point, I never thought I would be part of it someday. This is amazing.

Give your opinion on the state of electronic music in the world lately. It’s become a great ocean of artists. Do you find that it makes it harder to get any form of recognition?

There are a lot of artists out there. I guess if you make random music or even copy other artists it’s pretty sure you drown in the ocean. It is hard to get recognition but in case of wave, there a lot of producers who support each other. Maybe this is because the genre is pretty small and mostly unknown, but the fact that you can get proper feedback from a high profile wave producer is a priceless fact. Shoutout to everybody who supported me at that point! Love you guys!

What inspired this particular track?

The fact that we have to think outside the box sometimes to reach your goal.

What can we expect from you in the near future? Any original songs or projects you can tell us about?

I’m going to release an EP this year. Trying drum & bass from time to time, so expect several tracks out of this genre.

Wave with me. Spread the love.

Enjoy ‘Open Your Mind’ below: