You are here: Home / 5 Minute Interview With Producer goldy47 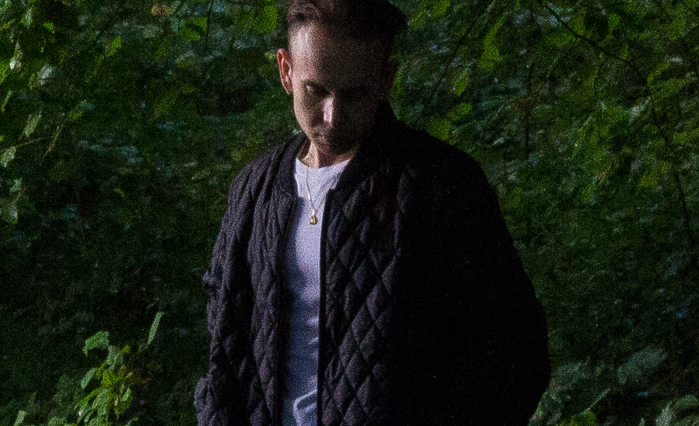 Spanish-born electronic music producer, goldy47, has been making waves in the electronic music scene with his style of dark wave music. With a slew of recent releases, it seems as though the 25-year old musician is set to have one of his biggest years in music yet.
As soon as he got his first computer at the age of 13, he tampered with the programs and became fascinated with creating his own pieces. By the age of 16, he enrolled in an audio engineering school, but made the decision to focus on music production as soon as he graduated. He quickly gained a following on platforms like Youtube and Soundcloud due to him consistently releasing new music.
We sat down and had a chat with the man behind goldy47.
Name of Artist
Officially goldy47, but most people just call me goldy.
To those not familiar with you, how would you describe your sound?
Hard to answer, I like to experiment and try out new things, so you never know what the next song might sound like. I have some dark, moody and atmospheric songs, but I have some lighter songs as well. Some might sound crispy clean and others raw and lofi-ish. Let’s put it like this: if you’re looking for Rap-/ R&B-influenced Electronic Music, then I might have something for you.
Which three albums have influenced you the most creatively?
Probably Clams Casino’s Instrumentals, Burial’s Untrue“and as weird as it may sound: Waka Flocka’s Flockaveli.

Take us through your songwriting process. Are there any particular steps you take when putting music together?
I work on Ableton Live and prefer to do stuff in the box. I have a sampler and a couple synthesizers, but I rarely use them nowadays. Working with software is just way faster, and that’s very important to me. I like to get my ideas down as fast as possible. Same goes for mixing and mastering. I see no point in beating yourself up, mixing for hours and hours just to get the bass to sound a little fatter, for example.
Studio work and music creation or performing and interacting with a live audience, which do you prefer?
Studio work for sure, but maybe that’ll change in the future.
Any new artists on your radar?
Juche is definitely the one that stood out the most to me in the past few months. I encourage everybody check him out!
What has been your most memorable performance so far?
Honestly, I haven’t had any memorable performances yet. I’ve only performed alongside Rappers, as their DJ and all of those performances were pretty standard rap shows.
And which performance would you prefer to forget?
None of them… although I don’t remember any of them too well either.
If you could collaborate with, or perform alongside any artist, who would it be? And why?
Right now, only Alchemist comes to my mind, but I wouldn’t even want to collaborate with him. I would really like to be in the studio with him and watch him do his thing. He’s one of my all-time favorite producers and seems like a cool guy.
Tell us about any upcoming shows or releases you have in the pipeline.
Nothing in particular, my goal in the next few months is to release as much music as possible.
Famous last words….
I don’t really have any… I would just like to thank you guys for reaching out and giving me the chance to give a little insight on my myself.